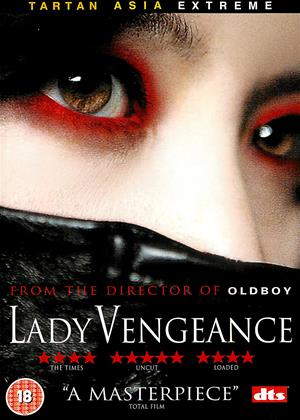 A triumph of style over substance? - Lady Vengeance review by RP

As in the other two films, the storyline in 'Lady Vengeance' is complex. The central character is Lee Geum-ja who has confessed to and been imprisoned for a crime she did not commit. While in prison, Geum-ja shows an angelic persona but when released seeks vengeance on the man responsible. Recruiting others, there is a collective act of revenge.

The film is visually stylish and directed in an accomplished manner, but I did not find it as satisfying as the two earlier films. And although the subject matter (child murder) is shocking, there is less of the violence or grisliness of its predecessors, which strangely is part of their attraction. Also I couldn't help but be reminded of 'The South Bank Show' as both the film and TV programme have similar theme music based on Paganini's '24th Caprice'.

I enjoyed 'Lady Vengeance', but perhaps it's a triumph of style over substance. 3/5 stars - watch it if you enjoyed 'Oldboy'.