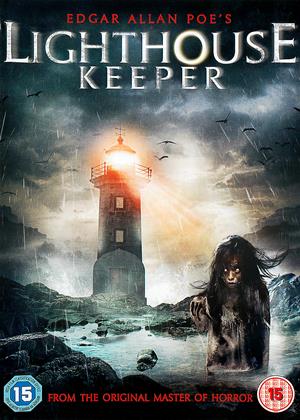 Synopsis:
Injured and suffering from amnesia, a young man seeks the help of Walsh (Vernon Wells), the enigmatic lighthouse keeper. Walsh tells him they are stranded until the next ferry arrives in two weeks, and insists they are the sole inhabitants of the peninsula. But the man is haunted by fleeting glimpses of a beautiful young woman, and plagued by visions of hideous phantoms reaching out from the depths. As this horror tale races towards a mind-bending finale, the man must confront the grotesque denizens of the night, or heed the lighthouse keeper's cryptic warning to "Always keep a light burning!"
Actors:
Vernon Wells, Matt O'Neill, Rachel Riley, Monty Wall, Carl Edge, Erik Chavez, John Spencer, S. Daxton Balzer
Directors:
Benjamin Cooper
Producers:
Benjamin Cooper
Writers:
Benjamin Cooper, Carl Edge, Edgar Allan Poe
Aka:
Edgar Allan Poe's Lighthouse Keeper
Studio:
New Horizon Films
Genres:
Horror

I have always felt that a lighthouse is an ideal setting for a horror story. Isolated, at the mercy of the elements, surrounded by a rolling sea reminding us all how small we are. This film is based on Edgar Allen Poe’s unfinished (barely started, in fact) final work. Director and Producer Benjamin Cooper also co-wrote it.

Young JP (Matt O’Neill) finds himself washed up on a beach and sees a young woman. She could be an apparition, but she seems wholly un-spectre-like. The wound on his head causes him to pass out and when he wakes, he is in the nearby lighthouse with the abrasive keeper Walsh (Vernon Wells), who promises him enigmatically that he will always keep a light burning during the night.

I really enjoyed this old-style excursion into nightmare, although the ending does leave more than a few questions unanswered – I have to assume that is intentional, and while I have no problem with open-endings, I am left unsure as to whether everything upto that point had been a dream, this is a case of endless recursion or whether JP had been a young Walsh all along. Whatever, it is good to have a horror film that remains in the memory long after it is over.

The ghosts/wraiths on display are great if a little easy to defeat. JP breaks the neck of one of their number before fleeing; moments later, it rises up and screws its head back the right way round before continuing the pursuit!

The lack of budget only makes itself apparent occasionally, and as is often the case, causes events to appear not-quite-real, dream-like (which can often be advantageous for a project of this nature). When a ship goes aground on the rocks, we don’t see the calamity, rather we see only JP’s reaction. This and the CGI rain and other effects, adds to the idea that nothing is quite as it seems to be.