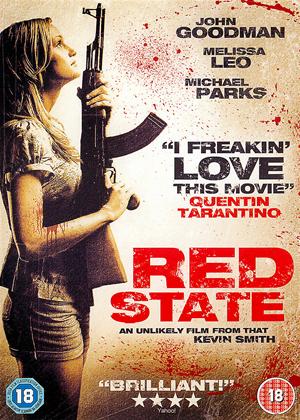 The latest offering from niche comedy director Kevin Smith is a horror movie about the American religious far right.

The movie centres on a racist, homophobic religious cult who lure unsuspecting teenagers into bizarre sex encounters with older women and the military operation to catch the over zealous preacher who runs the cult.

The performances by Michael Parks and John Goodman elevate the film into raising some genuinely interesting questions, whilst Smith’s comedy and satire run throughout the piece which ends in a crashing crescendo of gunfire.

Fans of Smiths other work may feel a little under whelmed by the piece and may feel it lacks the solidarity of a single lead character, which has always been the strength of Smith’s earlier movies. A prolonged sermon for Parks’ character is somewhat out of place in a Smith film, in which the longest speeches are traditionally Silent Bob’s unexpected words of wisdom. Whilst the ending is unlike anything Smith has done before and leaves you feeling very much as though the rug has been pulled out from under you.

Whilst other audiences may find the humour and off-the-wall nature of the movie enough to carry it across it’s 100 or so minutes. A warning to either however, do not expect an easy movie, or one with a tidy ending. Fans of Burn After Reading will see definite similarities between Red State and the bizarre Coen movie.