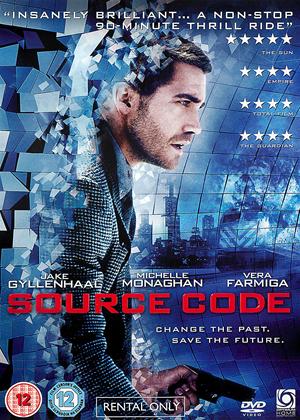 This movie is strictly for those who love their sci-fi. Me - I couldn't really get into it because I couldn't believe the situation OR the characters - though it is well-written and structured. I was going to give this 2 stars, therefore. Then I saw the ending. The alleged stand-up comedian who is about as funny as an infected pimple, and the sickly sweet affirmation of the American Dream in that awful vomit-inducing ending - the worst ending for a movie I have seen for quite some time. Zowie Bowie should be ashamed at himself for pandering to Hollywood and making everythning sentimental to the nth degree for that audience. Oh and of course there has to be the brave American soldier hero plotline - which I guessed within 5 minutes actually. Buy hey guys - you chose to go into Afghanistan and Iraq! Hello! Good grief - I HATED this movie at the end. One star. For a great repeated time loop movie, watch Ground Hog Day.

Suspend belief for this great sci-fi thriller and enjoy a quantum leap/vantage point/final destination of a film that is both enjoyable and moving!

Good performance from Jake Gyllenhall, in an unusual film, which some might say is a serious version of Ground Hog Day.

I was very pleased with this film. Certain elements have been seen elsewhere, but this was a genuinely new storyline (something that is actually quite rare these days). Well worth watching - would recommend 100%!

Director Duncan Jones directs his second feature ‘Source Code’. Whereas in ‘Moon’, he delves into the life of a lonesome astronaut, this time he puts emphasis on the lone mission of a man investigating a tragedy over and over in the course of eight minutes.

Dubbed a techno-thriller ‘Source Code’ is ‘Groundhog Day’ meets ‘Speed’. Jake Gyllenhaal plays Colter Stevens, a military man who has been tasked to enter the last remaining memory of Sean Fentress, one of the victims of a terrorist attack on board a train. Using the secret program called source code he is able to relive eight minutes before the train attack. His mission: find the bomb, find the bomber.

If the science of ‘Source Code’ is mind-bending, that’s the main idea. To have a man relive a tragedy multiple times over is both cruel and unusual punishment, but however torturous it is, he must do it and come out with results. Imagine the strain on his mind and body, the pressure, the emotional rollercoaster. And yes, as Stevens (Gyllenhaal) makes his rounds in every situation within those eight minutes, he gets invested and like him, we want to find the missing puzzle as well.

To throw in a love story in the film is a welcome plot point.

The problem is the object of affection of Stevens, Christina (Michelle Monaghan), is already gone. How bittersweet that you could have found what you’ve been looking for, presumably you’re ‘The One’, and she happens to be dead.

Unpredictable, fast-paced, and timely since terrorist attacks are not yet a thing of the past, ‘Source Code’ depicts a world that everything can be solved, as long as we have the technology and manpower to do it – maybe less manpower and more technology. But it’s not far from our reality now. What’s interesting about the film is the concept of borrowed time, the ability to go from one place to another by just using someone else’s consciousness. However it’s scary too. If ever such a technology can be produced, it could be abused. When does investigating start and intrusion end?