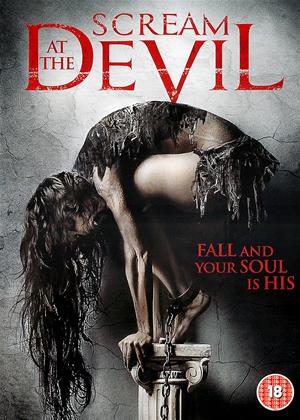 Reviews (1) of Scream at the Devil

Spoilers follow ... - Scream at the Devil review by NP

This is a strangely disjointed film directed, written and co-produced by Joseph P. Stachura. Shari Shattuck stars as Mirium, and Eric Etebari as Gabriel, who reunite after Mirium takes a break in Venice (where the film opens) after suffering a miscarriage. After praying for another baby, Mirium, who is not taking her medication for schizophrenia, suffers a series of strange hallucinations and scary moments. During one such episode, Gabriel, who likes a drink, disappears.

This appears to be a kind of variation of ‘Rosemary’s Baby (1967)’, but quite oddly paced. The initially amusing Camio, Lilli and Amy (Jennifer Lyons, Amy Argyle and Corina Boettger), together with elderly Bella (Teddy Vincent) and Raven (Jane Park Smith) from ‘nearby’ appear to form some sort of unspecific – possibly vampiric - coven that knows more about Mirium than anyone. After the strong opening scenes in beautiful Venice, things settle, if that is the right word, into a series of scenarios that could be real/could be fantasy. After a while, it is difficult to care. Shattuck attacks her role with gusto, sometimes over-reacting to various occurrences. As if to heighten that, some of the directorial touches are sometimes heavy-handed. After a while, you get that sinking feeling that what you are watching is sadly flawed.

The two cops we meet late in the film might well be my favourite characters. Played by Candyman Tony Todd and Kiko Ellsworth, they have great chemistry and humour.

Events lead up to – although they don’t, really, they just ‘happen’ – the set-up for a sequel. A quick look at IMDB reveals ‘Scream at the Devil’ to be Joseph P. Stachura’s most recent filmic project, so such a concept is possible.