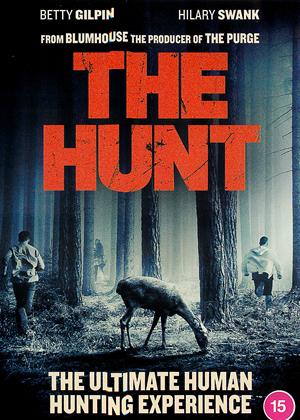 Reviews of The Hunt

The very pitching of The Hunt in the form of its initial trailers was a maddening ordeal to comprehend. If merely taking in the synopsis of a thriller where conservatives are hunted by liberals, the reactionaries would spin into a tizzy of the film that may insight violence against the right. If taken in as a dystopian tale of The Most Dangerous Game where the conservatives are the heroes, the liberal audience may react just as strongly that such staging could be the film making the argument for more guns to defend themselves against the liberal elites. At any rate, Donald Trump got angry at the movie and the presence of more shootings in America led to the film being pushed back from its September 2019 release.

Now that it has released in March 2020, neither seems to be true. The film is just one giant trolling attempt on the audience, appealing more to the centrist who loves watching both sides get slammed. But it does so without any bigger insight into how both sides have faltered and failed, resorting to a tired script composed as though a computer grabbed random bits of political discourse from social media and spat them out onto the screen. This turns The Hunt into a film that is based on politics but is so apolitical in its intent that it ultimately says nothing about the state of the world, turning the likes climate change and immigrant crisis actor conspiracies into punchlines.

It doesn’t take long for the film to get trolling on the audience. In the opening scene of the marked deplorable awaking in a feel to be hunted, we’re led to believe we’ll be following a handful of characters. Yet the focus keeps shifting as the grit and gore persist, never quite settling on who we are following. But this setup more or less sets the tone for the rest of the film; making the audience questioning who we side with only to be proven wrong.

Eventually, the film settles on the determined and capable Crystal (Betty Gilpin) as our action star. She is wise enough as one of the captives to realize when she is being played and how to cover her tracks. She soon finds that she can’t trust anyone if she hopes to survive. But much like everyone else, Crystal’s appeal wavers by never quite being the straight characters in all this craziness. This is most evident in her dialogue with one-liners about cigarette prices that doesn’t quite stick and a “thank you for your service” joke that doesn’t sit right when she guns down a national guard enemy.

Gilpin, I must admit, has the qualities of an action star. She’s able to maintain a look of intimidation as she takes punches and slings bullets. Her grand showdown with Hillary Swank, she delivers quite the violent duel, smashing through glass and getting stabbed. For as much as I enjoyed all her gritty moments, they always felt empty as I soon discovered the film is leading up to saying nothing about the world or why Crystal is being hunted. As we soon learn, her involvement in being hunted was more of a mistake of an individual than a grander problem with the system. A commentary on eating the rich, perhaps? Possibly, but with such a sloppy script written in the language of regurgitated memes, it’s hard to read this satire as anything other vague winks and nudges.

While I understand The Hunt is trying to be provocative, there’s an emptiness that comes with such a foul nature to portray both sides as being wrong. If both sides are wrong, then there’s nobody to root for. And if there’s nobody to root for, all their statements seem meaningless. And if all their statements are meaningless, all of the political topics seem like nothing more than brownie points. With such staging, The Hunt sends a message to the audience that those who speak of climate change are to taken just as seriously as those who speak about shadow governments. And that’s the true terror of a film this uninterested in the world, more compelled to laugh at its concerns than address any of them. No amount of grit and gore can make up for such a gross picture.