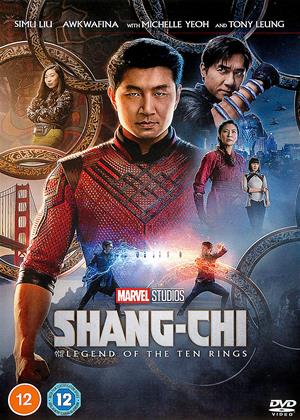 Reviews of Shang-Chi and the Legend of the Ten Rings

Every now and then, Marvel Studios manages to break just a bit from the familiar and find something beyond its formula. Sure, we get a slew of sequels from the Avengers ensemble but sometimes get something surprisingly off-beat for the brand, like a Guardians of the Galaxy or a Black Panther. Count Shang-Chi among that flock as one of the stand-out highlights of Marvel’s Phase 4 thus far.

What makes Shang-Chi (Simu Liu) stick out from the pack is that he doesn’t so much have a major flaw to his character that some superpower will help him overcome. He does indeed come to acquire the fantastical ten rings that will allow him to go toe-to-toe with bigger threats in future Marvel movies but that’s not the crux of such a story. Rather, Shang needs to come to terms with his past.

His lineage is rather remarkable and made all the more compelling when revealed slowly throughout the course of the film. Shang’s father, the REAL villain of The Mandarin not the fake actor of Iron Man 3, has devoted his life to power with his ability to use the ten rings for his own shadow organization. He has also trained Shang to be an expert assassin while he neglected his sister. So it’s a life that Shang would rather leave behind, which he does so by trying to live a simpler life with his American friend Katy (Awkwafina).

But the past can’t stay dead for long. After enough time has passed, Shang finds himself targeted by his dad’s goons who want the necklaces were given to him and his sister by The Mandarin’s dead wife. Realizing he can’t let this go, Shang takes off with Katy on a journey to find the truth about what his father is trying to accomplish. He reconciles with his estranged sister who has now become an underground fighting manager and learns the secrets of a fantasy land that The Mandarin had been searching to uncover for decades.

There’s a delightfully understated tone in this picture to make the family drama resonate and soar above the easy snark and winks that accompany most Marvel movies. Simu Liu has a strong enough performance that has his attempts at humor feel genuine and his heartbreak over grief feels relatable. I fully expected to Awkwafina to be the central source of comic relief but she is thankfully given a rather robust arc of trying to prove herself as a friend. Even the villain becomes highly sympathetic in that his ultimate goal is an emotional and understandable one, where even if it means freeing an ancient evil, we connect with his sorrow.

The action scenes are pretty exciting which may not sound like much coming from a Marvel movie but consider the first big action sequence of a fight on a bus. Shang-Chi does battle with multiple men while Katy controls a bus with broken brakes and plenty of frightened civilians on board. The scene is brilliantly staged and shot well, where one can easily appreciate the sequence of Shang-Chi kicking two goons in the face and then flipping on his jacket. Scenes like that are far more enticing than that of the par-for-the-course climax of grand special effects of fantasy creatures and energy blasts (cool as those scenes may look).

The film is ultimately a family drama that is more admiring than that of Black Widow, especially with its highly stylish edge of Chinese folklore and staging of martial arts. Even the somewhat obligatory scenes of relation to other Marvel movies can’t bog down this entry from standing well enough on its own. This is far more than just the Chinese version of the same superhero formula.