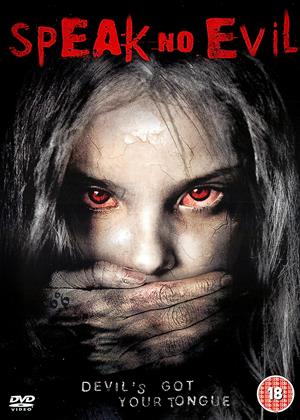 Synopsis:
When Anna's daughter Joey goes missing it's assumed to be the result of had parenting. However dark forces are suspected when every child in town also disappears and locals are thrown into hysteria. When the children finally return, panic escalates as they begin to show signs of demonic possession and it becomes clear they are consumed by a dark force when they proceed to wage a brutal attack on the town. Forced into a violent campaign against their own offspring the townspeople embark on a bloody rampage, but Anna refuses to believe her daughter is lost and will do whatever it takes to save her from the devil.
Actors:
Gabrielle Stone, Olivia Cavender, Carl Jensen IV, Sean Wesley, César García, Alexandria Stevens, Sylvie Cohen, Machelle Glassburn, Eric Zaklukiewicz, Greg Bronson, Mario Guzman, Rob Hartz, Cindy Eileen Johnson, Jason Mow, Rory Pierce, Mike Robbins, Brandon Shepard, Kodi Riddle, Ian Cavender, Tammy Barber
Directors:
Roze
Producers:
Candace Rose, Roze
Writers:
Roze
Studio:
Signature Entertainment
Genres:
Horror

Reviews (1) of Speak No Evil

I found this to be a genuinely surprising horror; not that possessed children is a particularly new concept, but rather in the way their threat is treated and revealed to us. In the opening moments, a flurry of activity involving a briefly seen horned creature abducting young Joey Girl (Olivier Cavender) from her trailer park home occurs while her mum Anna (Gabrielle Stone) is in bed with her current beau Creighton (Carl Jensen IV). At first it seems that her wayward past has made Anna into a scapegoat for judgemental and very religious townsfolk, who assume she is simply a bad parent and Joey has run away – but it’s a different story when all the children in the neighbourhood disappear too. And then one day, they come back.

Yet something is wrong and the children become increasingly feral. Joey, the only injured youngster, has had her tongue removed and soon begins to exhibit sporadic possessed episodes that increase in frequency. Soon the whole town is in the grip of fear and marauding, demonic youngsters. Things have reached this point so quickly, as does the descent into animal behaviour as the possession grows in intensity; events become hard to follow. But I get the feeling this is a deliberate decision of behalf of Director/Writer Roze to highlight the sense of chaos such a rapid decline has caused.

Children – apart from Joey – are rarely treated as individuals, rather a pack of animalistic hooligans. Pivotal moments like the death of loyal, quiet Creighton happen quickly and without fanfare. Blink and you’ll miss it. This approach is highly unusual in general, and for horror in particular, where such moments of graphic violence and spectacle are usually dwelt upon. Here, we waste no time on incidents – rather, we cut away and move onto the next occurrence.

I enjoyed this unusual, choppy film. The very simple effect of hollow eyed children with black vomit around their faces and clothes is extremely effective – as is the briefly seen demon itself.