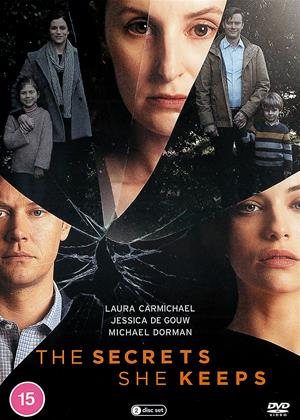 Reviews (8) of The County

In this low-key piece, hard-working Inga (Arndís Hrönn Egilsdóttir) courageously sacrifices her livelihood to speak out against the corruption and injustice at work in her community. As with writer-director Grímur Hákonarson’s previous film “Rams,” it probes a deeply rooted rural culture that is closely connected to the Icelandic national spirit, while championing traditional Icelandic values over the exploitative underside of capitalism. The film is also pleasingly full of feisty female energy and imagery as Inga, in David v Goliath fashion, takes on scheming co-op boss Eyjólfur and his heavy-set enforcer Leifur.

Once again showing a keen eye for detail, Hákonarson naturalistically presents the rigours of farm work, the plainness of his solitary protagonists’ lives and their affection for their cows. Spot-on production design by Bjarni Massi Sigurbjornsson supplies comfortable, lived-in interiors for the dairy farmers that look as if they haven’t changed since the 1940s, but which present a marked contrast to the classy open rooms and art of Eyjólfur’s water-view home and his stable of expensive horses. In her first leading film role, Egilsdóttir makes Inga a sympathetic and convincing earth mother - one early shot of the film is her helping a cow to calf; but she also knows how to use a gun and operate the big rigs. Meanwhile, her antagonists are not reduced to pantomime villains, although perhaps more could have done been to present the 'case against' as it were. Highly watchable.

There have been some great films coming out of Iceland recently (Rams, Woman at War, and now The County). This portrays a very tough life in real detail. No glamour, but a very real depth of feeling. I loved this film and could really believe in the characters, especially Inga. It really does draw you in and is very though provoking. Definitely one to watch.

Love it or loathe it - The County review by CS

Wasn't sure about this movie but glad I stuck with it. Bit slow in parts but storyline and acting good. Determined lead which dominated

the story with a no guess ending. Quite watchable and passed the time.

The inner workings of a farming co-operative in a remote Icelandic valley might sound like an unpromising setting for a movie, but the film makers prove that idea wrong.

The narrative is always absorbing and the lead actor, Arndis Egilsdottir, carries the film brilliantly. She is rarely off screen and her dogged presence seems to fit well with the other star of the film, the Icelandic landscape scenery.

There seems to be a political allegory not far below the surface, something along the lines of the dangers of Stalinist bureaucracy growing from the seeds of good ideas.

Sometimes those who have been crushed by bureaucracy can see it as an opportunity to make changes, as the jaunty pop song used in the film suggests.

Interesting to see an Icelandic Farm and appreciate the pressures on people trying to make a living from the land. The film has a predictable direction but it is enjoyable and flows along well. The lead character (Inga) is strong but there is a lack of other strong characters across the film to make it really interesting as a drama. Well worth a watch though.

They never use the word in the film, but the farmers in this part of backwoods Iceland are victims of a monopsony; instead of only one producer as in a monopoly, there is only one buyer, the 'co-op'. Not a farmer myself, but I've a feeling the activities of the farming co-op depicted in 'The County' may ring bells the world over. These organisations doubtless start with high ideals, guaranteeing to buy produce regularly at an agreed price, initially providing security to farmers and hence whole communities, but then they lose their way, get corrupted, or mostly probably just get taken over by corporations that share none of the original ideals and gradually unpick them, hoping nobody will notice. But Inga does notice, and fights fearlessly for her rights, inspiring other farmers to back her and finally establishing a new co-op of their own. That much is all fairly predictable but it's well done, credible, interesting socially and culturally, and resists sentimentality. Only disappointment for those who loved 'Rams' (and laughed out loud at parts of it), this isn't a comedy but a sober and serious work.

Not much to write home about - The County review by BE

Bleak landscape, bleak characters and consequently a bleak film. Apart from an incident with milk, totally lacking in humour. Passed a bit of time but wouldn’t recommend it. Very natural acting but too doleful for me

Not a comedy, but a personal & farm politics drama - The County review by Mr Aquarium

Many of the reviews below are spot-on, especially PD's comments. The acting is superb, giving the film a documentary feel at times. There are only two moments of "comedy", albeit of a black kind. The film uses the central drama [of a dogged farmer fighting against a co-op which has fallen into authoritarian ways]to show Icelandic farm life as tough and unyielding. It's not in the same dramatic league as "Rams" [it's somehow a little too straightforward] but it did keep my attention, wanting to know what would happen next.