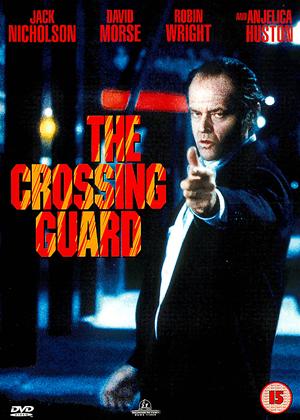 Reviews (1) of The Crossing Guard

Slow, emotion-laden, dark and overblown tale. You'll either love it or hate it - The Crossing Guard review by RP

Jack Nicholson is a powerful actor, but some of his later films have relied too much on earlier glories and the over-use of his 'devilish' expression. Perhaps my favourite Nicholson film is the early 'Five Easy Pieces' - and for what it's worth, I think that his performance in 'The Crossing Guard', while over the top in many respects, approaches that early peak.

Director Sean Penn has an excellent cast to work with here and does manage to coax good performances from them. It is perhaps unfortunate that the script they are working to is somewhat weak, with a mix of good scenes intermingled with overblown and pretentious moments.

As for the story, it is the tale of the fall of the central character Freddy Gale (Jack Nicholson) into drink-ridden despair and self-inflicted pain after his daughter is killed by drunk driver John Booth (David Morse). Gale promises to kill Booth on his release from prison. But is this a promise to impress his estranged wife, well played by Anjelica Huston? Booth is ridden by guilt and lives in a caravan parked on the drive of his parents' house. After a painful, emotion-filled confrontation with his ex-wife, Gale drives off to kill Booth but is himself stopped by police for drunk driving. Making a run for it, he chases Booth only to end up at his daughter's grave, where the characters clasp hands in an emotion-filled, somewhat mawkish, finale.

If that slow, emotion-laden, dark and overblown tale sounds your thing, give it a watch. Despite the uneven direction and weak script both Nicholson and Huston (ex-partners themselves in real life) give good performances. And there is a rather good, if bleak, Bruce Springsteen song ('Missing') in there as well.

I'll give it an over-generous 4/5 stars, but it's one of those films you'll either love or hate.