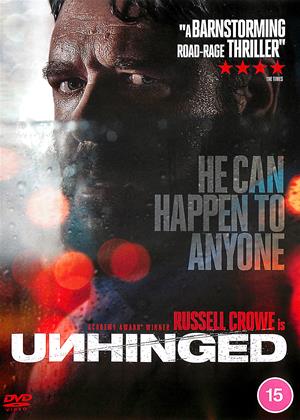 This is a decent b movie. The acting is fairly decent and the storyline may be a bit predictable at time is passable. I enjoyed how it started but soon becomes a bit over the top and the ending is rather uninspired. Worth a watch but not a classic.

What a dreadful film. Really nothing to recommend it. No reasonable story line. Just dreadful. Nothing more to add!

When you take recommendations from Cinema Paradiso it is important to expect the occasional fail.  This film is total rubbish.  Crowe must have been desperate!

Well, there's nothing subtle or original about this film but you have to admire Russell Crowe doing what he does best. His portrayal of brooding menace is without equal. The film never slows and the momentum is relentless although the ending is a bit disappointing. It's not a film for the arty types and the snowflakes won't like it but I'm neither and I thought it was great entertainment.

Russell Crowe, for the first time since Romper Stomper, plays a villain. But even though he tries his best and there is the traditional overacting that in this genre of film is expected, the end result is only mediocre. It is a very well made film in terms of the stunts, and there are suitably nasty moments to ratchet up the tension.

Even though it sounds like a slight, one of the best things about this film is that it is short and not bloated in its runtime. At just under 90 minutes, everything zips along relatively quickly and despite some slight flagging in the beginning third, (like spending an inordinate amount of time focusing on the female lead character’s failing home and professional life,) it never overstays its welcome.

The special features on the Blu-Ray are also welcome and the behind the scenes documentary is extensive and also takes into account that this film was released during the pandemic, highlighting the challenges it faced.

As a film, don’t go in expecting a masterpiece, but rather an overall decent thriller that you can watch, laugh and wince at, then post back and get your next rental.

Thought this would be a good film because Russell Crowe is in it. Alas after watching 20 minutes of the film we decided to stop watching. Thought the story line was weak and silly really.

What awful awful film. Come on Russell what's happened to you so disappointing ! Violent nasty film !

Started badly, then managed to go downhill from there. Made the SpongeBob Movie look like Lawrence of Arabia in comparison.

Give it a miss - Unhinged review by JZ

It's a cross between Duel and Falling Down yet hasn't the originality of the former nor the reason for existence of the latter. Though a reasonable premise is given at the start, it degenerated into a one way chase, stopped only by an all too predictable ending.

A quite nasty thriller with a story and plot that has been done before and better, Steven Spielberg's Duel (1971) for instance. Essentially a road rage themed film that misses a trick or two mainly in that the basic idea of road rage sparking off the events is lost because of the silly idea to give the bad guy a backstory that sort of explains his behaviour. This has the effect of undermining the premise of the entire narrative leaving it as just another psychopath film. Rachel (Caren Pistorius) is having a stressful day and a minor loss of temper with another driver (Russell Crowe) results in him stalking not only her but her family too because he's basically unhinged. Shocking deaths, nasty violence and the girl in distress doesn't enhance this film, and while it rattles along at a reasonable pace and exudes some entertainment value it's a tired plot that is predictable and even has a ridiculous coda that is almost worth a groan.

It’s hard to process a film such as Unhinged which is designed specifically to get the blood flowing with fury and intensity. After a very brutal opening act of arson and murder, the film proceeds into a fast and furious montage of violence and unrest at the worst, highlighting high stress levels and a lack of civility and cops. All of this is to set the stage and make the audience uneasy for the terror that follows of a single mother’s bad day that goes from stressful to violent. Though it get the job done of setting the stage for a movie that wants us to be on the edge of our seat, there’s an unfortunate lacking in exploring these troubles in a film that would rather string steadfast tension from the division of the era.

At least in all the film’s overly elaborate means of exposition to make this horror-like story work, we get to know and root for Rachel (Caren Pistorius). She’s a single mom, still struggling with the divorce proceedings and having serious money issues. She oversleeps, she struggles with finding work, and always hits traffic when getting her tween son to school. She’s having a stressful morning and it only gets worse when she’s agitated by Tom (Russell Crowe), a recently divorced and deeply troubled man. We know from the prologue that he’s dangerous because he breaks into the house of his ex, beats her and her boyfriend with a hammer and burns the house down. But she doesn’t know that such a man, mentally unstable and addicted to drugs, doesn’t take kindly to motorists honking at him when he’s stopped at a light for a full iteration of green.

Tom wants an apology from Rachel and when he doesn’t get it decides to enact his revenge on her. He starts off by followings her aggressively on the road and later tracking down her friends and family to torture and murder. In between all of this, Tom rants and raves about how nobody takes responsibility for anything anymore and that the women who screw their husbands in divorce proceedings deserve what’s coming to them. Perhaps an observation on how the current climate has mutated the perceptions of man to act out more aggressively in a flawed system? Nope, he’s just the bad guy, his rants less coherent as the movie settles on him being your dime-store psychopath of stabbings and beatings. By that same token, Rachel is framed as such a good person that a brief allusion to her sleeping with a married man is never given much water. By their design, we want Rachel to get her revenge and we want Tom to suffer for his murders.

The film more or less delivers on these exaggerated promises. The few times when the terror takes to the road and Tom becomes a 4-wheel drive murder machine, the carnage he causes is quite brutal. He drives over a person who gets pummeled by an oncoming vehicle. A cop car is nearly ran off the road by Tom before a truck obliterates it apart. Tom’s non-car murders are also exceptionally bloody considering he makes use of butcher knives, butter knives, lighters, lamp cords, and a coffee cup. Her inevitable showdown with Rachel pretty much turns into a wrestling match.

Along with all these quality kills and fights, however, are the old thriller cliches. The film holds the hand of the audience at all times to let us know almost exactly what’s going to happen. Pay attention to Rachel’s scissors at the beginning of the movie as they might come in handy. Keep an eye on Rachel’s messy lifestyle so when her phone goes dead or trackable it’ll make sense. There’s even the old writing style of capping off the final kill with a callback in the form of a one-liner. Yet somehow I don’t think “Here’s your courtesy tap!” will become as iconic as “Always bet on black.”

What irks me most about Unhinged is the ending. Rachel is built up as someone dealing with divorce, poverty, stress, and is on the verge of losing her house and her kid. And what does Rachel get after all this torture from Tom? As another thriller bit of sorts, she learns not to honk at people in traffic because one of them may be a murderer who will come after you. This is not treated like a frightening fear to end the film on an ominous note but treated as a half-smirk moment, capped with Rachel’s son complimenting her on not honking. What a fun note to go out on! You’re still going through uncertain times and have too much on your plate, but at least you got to beat Russell Crowe with a golf club and didn’t die at the hands of a madman. So, yeah, that’s something.