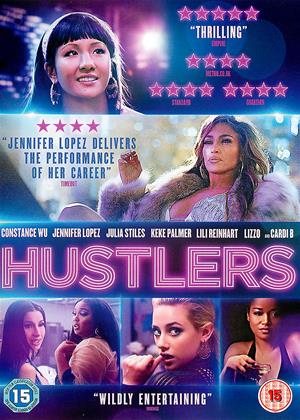 Snapshot of a depressing world. - Hustlers review by TE

Yet another cinematic take on the super-heated financial climate that imploded with the 2008 recession, only this time it's seen from the perspective of the exploited strippers, hookers and pole-dancers in the New York clubs.

The film moves along at a fast pace, but there's too much repetition within that rush of narrative.

The central characters are meant to be sassy and cool, but it's a world in which values and human warmth have no place. Where love exists it is inevitably trumped by cynical materialism.

It's the kind of 'feminism' that keeps it simple: men are bastards so empowerment for women means becoming a bastard too.

Disappointment of the year - Hustlers review by AW

Went to see this at the cinema without any research as we love Jennifer. Very disappointed. The plot was played out within the first fifteen minutes and then just repeated over and over. Her poorest performance yet although you’d have to admire that she mastered the pole!

Did not enjoy - Hustlers review by TH

I remember seeing the trailer before it came out and thoughtthis film looks terrible. Then I saw good reviews and gave it the benefit of the doubt. Turns out my first suspicions were correct. This film just wasnt as good as it thinks it is. I didnt care for any of the characters and didnt rate the acting or script.

How can a film about a strip joint and its criminal fraternity be this boring? Get fed up half way through. Bad enough that the characters are not particularly attractive, but any sympathy goes out the window pretty quick when they go bent. Air head people doing nasty air head things. Then again I am bored with gangster films too, maybe it is just me. The direction allows the pace to falter over and over, so it doesn't intrigue or keep your attention. Give it a miss frankly.

Impressive (but only J-Lo)! - Hustlers review by MA

Most of the main cast were mingers including the lead with the exception of J-Lo of course - she still has it even at 50! What an entrance, wow.... was completely mesmerised and those curves.......... Very graphic nudity and some of the extra's are really hot. It's a grim world that no one should be in and the movie goes to show what sort of a society we really live in. What I learned is that the strippers are just as greedy / materialistic as the wall street morons otherwise they wouldn't have resorted to criminality .... so no difference there really.

Not great, jlo, e cellent but story is really boring, film is dated and I stopped film before the ending.

The film is very well made and with some very good performances, but somehow it felt disappointing. There was too much repetition and it just did not seem to go anywhere.

As the film played, I came to see that the Hustlers weren't the women, but the men whose needs they profited from meeting. Or rather, that it's about the power imbalance between them, and therefore what's behind the sex is a new take on the old exposure of capitalism for what it really is. In the third act of the film, I began to feel it started pulling its punches. But it was just setting me up for the uppercut in the final scene.

Part caper, part crime thriller and part morality tale this is a glitzy and powerful film about women taking control albeit in a questionable way. Constance Wu plays Destiny, a young New York based woman struggling for money and taking care of her ageing grandmother. She takes a job as a lap dancer/stripper in a Club frequented by rich Wall Street bankers. She is taken under the wing of Ramona (Jennifer Lopez) who knows exactly how to operate in the seedy environment and soon she's making large amounts of cash. But then the 2008 financial crash occurs and the clientele drys up leaving all the girls struggling until Ramona teaches them all how to 'fish'. This amounts to picking up men in bars, getting them drunk and drugged and then milking their credit cards. Things go well for awhile but then it all starts to unravel. Although a fictional story this is based on an exposé article that identified the practices that the film portrays. The film looks at the uncomfortable relationship of lurid male desires fuelled by wealth and the exploitation that results on both sides of the sexual divide and it tries to judge where the line should be drawn. It's not always successful in this regard. There's some amusing episodes in the film and some very uncomfortable ones and the narrative signposts that something is going to go terribly wrong so there are no big surprises. However the performances are all sound especially Lopez and the film is well worth checking out.