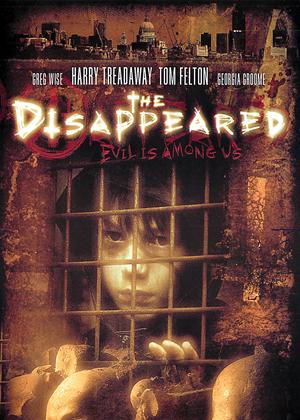 Synopsis:
Matthew is returning home to his London estate after months spent in a mental asylum following the disappearance of his little brother. Still racked by feelings of guilt Matthew plays a recorded news reconstruction of the abduction and hears his brother's voice calling out to him for help. Not knowing what is real or imagined, he fears he is losing his mind. Ignored by his alcoholic father, Matthew visits a clairvoyant who reveals an ancient curse and a disturbing history of missing children in the area. While he desperately struggles to put the pieces together and find out who, or what, is taking the children, the hauntings and abductions escalate.
As Matthew races closer to the chilling truth, he finds himself entering a dark world from which there is no going back...
Actors:
Harry Treadaway, Greg Wise, Alex Jennings, Tom Felton, Finlay Robertson, Nikki Amuka-Bird, Ros Leeming, Bronson Webb, Georgia Groome, Lewis Lemperuer Palmer, Jefferson Hall, Tyler Anthony, James Cook, T'Nia Miller, Benedict Martin
Directors:
Johnny Kevorkian
Producers:
Johnny Kevorkian, Neil Murphy
Writers:
Johnny Kevorkian, Neil Murphy
Studio:
Soda Pictures
Genres:
British Films, Horror, Thrillers
Countries:
UK

Reviews (1) of The Disappeared

Young Tom Ryan has gone missing. As expected, the effects on his father Jake (Greg Wise) and brother Matt (Harry Treadaway) have taken their toll. Jake has taken to drink, and Matthew appears to be suffering from mental instability, hearing Tom’s voice on recordings when they aren’t there and falling prey to wild paranoia. It doesn’t help that the estate on which they live is not particularly sensitive to the situation: the local kids use Matt’s fragile mental state as an excuse – not that they feel they need an excuse – to bully him.

Director and co-writer Johnny Kevorkian has crafted a story that might have been told before, but in a way that never allows the attention to wander. The atmosphere of the run-down area, and the effect it has on the people living there, is powerfully conveyed. The mystery of Matt’s absent mother is only hinted at, and used to fuel the lad’s adverse feelings about his father; equally, Jake tries hard not to blame his son’s negligence for young Tom’s disappearance.

The character of Amy is an adolescent boy’s dream – funny, pretty and touchingly loyal to an outcast. Ros Leeming plays her as troubled and appealing – almost too good to be true. Her story, although signposted fairly early on, turns out to be the most tragically powerful of all.

That the cause of the mystery is entirely physical is almost disappointing. With a growing unease because of a keenly felt spiritual possibility, events seemed to be looming toward a more ethereal villainy. However, maintaining situations within rationality keeps things real, and doesn’t shy away from the mental toll the situation has taken on the sensitive Matt.

This is an excellent film and highly recommended. My score is 8 out of 10.