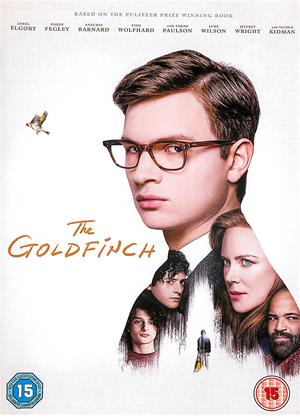 Reviews (11) of The Goldfinch

Needed an extra half hour - The Goldfinch review by Koppert79

The Goldfinch was quite a special book full of atmosphere and suspense as well of coming of age. Its also a bloody big book so to make it work in a short film is quite difficult. That is the movies let down. The development of characters that is expansive in the book was lacking the space they needed in the film. Its still a decent enough flick but you just don't get drawn into the emotion of the people involved.

An adaptation that works - The Goldfinch review by CW

As another reviewer mentioned, The Goldfinch is quite a special book. I loved it (and also enjoyed Donna Tartt’s other 2 books but this one is my fave). Difficult to create a screenplay from such a dense, well researched, complicated book. I think that the screenwriters, director, casting director and actors did an excellent job. Of course some bits of plot had to be left out because of time restraint but I think the movie will appeal to those like me who loved the book as well as those who have not read it. I was throughly entertained and not one bit disappointed. Thank you again Cinema Paradiso for hours of pleasure. I love being able to rent new and old movies from around the world.

Loved the book and the movie. - The Goldfinch review by JD

I agree with others that the movie could have been longer, whereas most modern films could be improved by being shorter .

Acting is very good , strong characters and the story is fascinating, involving, exciting, and touching.

Personally, I would have preferred an opening scene of the museum bombing, to cement the horror of what happened, rather than reveal the details throughout the film.

Great to find an intelligent movie instead of more Super hero’s !

I highly recommend that you spend an evening watching The Goldfinch.

Attention hold by Baby Driver - The Goldfinch review by NC

Critics all over this one and so far lost money, but hard to see why. When you see some of the rubbish at the Oscars, is hard to see why this slipped past.

Ansel Elgort (must be a crossword clue) was very much the same character in Baby Driver............worked in that film as well.......hopefully not all his films now by identical!

Bit slow in first half, and could be written off as boring, but when take in the whole, and the character interplay, it works well. The back and forth between 3 different time zones is not irritating, as per normal. It fits in a very linked way, and makes sense. Boris is great character in both old and new versions. Great focus. The young and older characters are well chosen and complement each other. All the acting is good. The Director and Editor actually must have done a good job.

Hopefully the film will get more watches and go into the black.....if it does not, US will keep making banal rubbish.........some encouragement should occur when they make an effort.

Not read the book, so probably helped me enjoy the film more!

Interesting film, with some excellent acting performances, but a story line that kept jumping back and forth in time that  for me detracted from the cohesion of the storyline.  Excellent performances from the lead actors, but felt that some were being curtailed to keep the film down to a manageable length.

Deserves blu ray format - The Goldfinch review by AM

A great and detailed story, beautifully filmed by Deakins but let down by DVD format when only blu ray could do it justice. Very poor choice by distributor.

Rather gloomy - The Goldfinch review by PO

I knew the book was popular so decided to give the film a go despite not having read the book. We didn't really enjoy this - it was slow and laborious in places and I'm really glad I didn't have to wade through 100s of pages to get to the same ending. The parts were well played and it was attractive on the eye for the main part but I didn't feel there was much of a story. If there was, the film didn't do it justice.

A good rendition - The Goldfinch review by RC

I loved the book and so looked forward to the film. Inevitably it lost a lot of details, and timescale was very compressed, but the main characters where well-cast and played. I loved Boris' character. And I thought the young/adult versions of the two main characters was well done.

It was fortunate that I watched this film within a few weeks of finishing the book; otherwise I would have been confused. The director, John Crowley, in common with most directors, eschews the chronological approach and jumps back and forth. The cast is OK (I have no idea what an authentic Russian accent sounds like!). The non-chronological approach makes it difficult to become acquainted with the characters. I quite enjoyed it but doubt it would have made any sense to me if I hadn't recently read the book.

A long winded drama that would probably have been better if it had been made as a six or eight part TV series. In a two and a half hour film it both drags and yet seems to whizz by important aspects of the story leaving the viewer a bit bewildered at times and even when the finale arrives we are denied a satisfying conclusion properly edited. The film boasts a good cast but not even Nicole Kidman's assured cameo lifts the film beyond the odd interesting moment. This is the story of Theo, who as a young boy is at a museum with his mother when a terrorist bomb kills her and leaves him traumatised. At the moment of the explosion they are looking at a famous painting, The Goldfinch, and in the aftermath Theo impulsively takes the undamaged picture and keeps it into adulthood, it becoming a symbol of the mother he lost. However the painting links his later life into crime in various episodes. Jeffrey Wright and Sarah Paulson are both good here and Oakes Fegley and Ansel Elgort as the young and older Theo respectively try really hard with the drawn out script. This is one of those films that gets to a point, about halfway through, when you want to give up, it does pick up from there but ultimately leaves you disappointed.