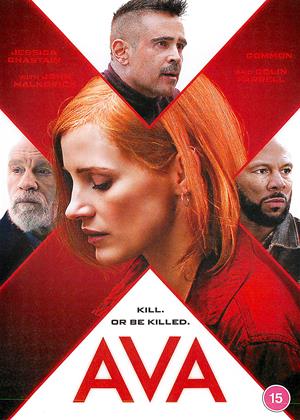 Just give up on the female action films Hollywood!! - Ava review by MP

There's never going to be a decent female version of Bond/Bourne/John Wick and this goes to prove it Loads of speeded up fight scenes and a lousy story line.

If you want a decent female action flick then try Haywire , which is only made good by the fact the female lead Gina Corano is an ex MMA fighter so actually knows how to handle herself and isn't playing at it.

Awful, formulaic, cliche after cliche and a plot that’s so stupid you wonder why it got passed - Ava review by SD

Dreadful, waste of time plot, great actors clearly doing it for the money, don’t bother. I think the film does nothing for female empowerment and nothing but an embarrassment to some fine actors

If you’re looking for an exciting female assassin movie, this isn’t it. All hope is dashed at the first set-piece, when star Jessica Chastain beats up loads of bad men and shoots a load more, none of whom can shoot straight. With imaginative direction it might have worked, but the bog-standard action is sliced and diced in the editing room into a tedious mess.

Chastain doesn’t have the charisma to carry the film and her boss John Malkovich is his usual hammy self. The clichés are highlighted by the presence of Geena Davis, a former action heroine who is now stuck with playing the mother laid up in bed from a heart attack (cue mother/daughter soul-searching).

Plus points? Colin Farrell adds some much-needed grit as the chief baddie, but he’s underused. And the thumping soundtrack, which adds pace lacking in the script, deserves a better film. To see how it should be done, watch the exciting South Korean movie The Villainess.

What on earth possessed Chastain and Malkovich to sully their CVs with this brainless, clichés-by-numbers drivel? Negligible plot, a script written by a twelve year old, edited using Braille, fight scenes choreographed by my great grandma. Billed as a thriller, once you get over the shock of how bad it is you’ll best think of it as comedy.

A ridiculous film, full of cliché, wooden and unconvincing fight sequences and a story that bounces fruitlessly all over the place. Jessica Chastain plays the title character, a professional assassin working for a shadowy government outfit. She's classy and beautiful (aren't we a bit tired of this??) but is a recovering alcoholic and tends to want to have meaningful chats with her victims just before doing them in. Fatherly boss John Malkovich is patient because he's fond of her but top boss Colin Farrell has had enough and sets her up to fall. That of course all goes wrong and whilst Ava rides the vengeance trail she also has to deal with her estranged mother (Geena Davis) and her ex (Common) who is now shacked up with her sister. Need I go on? A shambles. Poorly executed, boring and lacks any excitement.

Awful and I'm being kind - Ava review by AL

Well the soundtrack was good. John Malkovich, was John Malkovich. I just got so bored. Watch Atomic Blond, now that's a great movie, I'd like to see more of those. I lost total interest in this just couldn't be bothered. I imagine they wanted a sequel, well good luck getting that one green lit. Avoid.

Great score, shame about the film - Ava review by EC

I can only think that this was a vanity project bankrolled by one of the stars, because it is a truly dreadful film. However, the soundtrack drives it along so you may just make it to the end without losing the will to live - unlike many of the characters!