Rent The Importance of Being Oscar (2019) 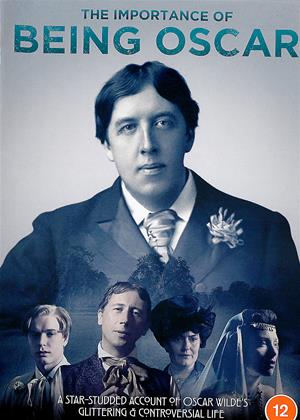 Synopsis:
A star-studded account of Oscar Wilde's glittering and controversial career before his trial for homosexual crimes and tragic fall from grace. Highlights from Oscar's brilliant comedies such as 'The Importance of Being Earnest' and stories such as 'The Picture of Dorian Gray' and 'The Canterville Ghost' are adapted and performed by a cast including Freddie Fox, Claire Skinner, Anna Chancellor and James Fleet. Wilde enthusiasts and experts, including Stephen Fry, Wilde's grandson Merlin Holland and his latest biographers, provide revelatory accounts of how his own life informed his work.
His Irish roots, his early career, his marriage and the importance of women as well as men in his life all combine in a complex and compelling characterisation and celebration that adds flesh to the bones of a man who is too often caricatured.
Actors:
Anna Chancellor, Anna Devlin, James Fleet, Freddie Fox, Ben Lloyd-Hughes, Alice Orr-Ewing, Nicholas Rowe, Ed Stoppard, John Arthur, Lawrie MacGregor
Directors:
Richard Curson Smith
Producers:
Richard Curson Smith, Jeremy Campbell, Franny Moyle
Writers:
Richard Curson Smith
Studio:
Dazzler Media
Genres:
British Films, Drama, New Releases
Countries:
UK

Rent other films like The Importance of Being Oscar

Reviews (1) of The Importance of Being Oscar

One of those rather superficial BBC things which rapidly runs through the life and works of Wilde before his downfall without much in the way of depth. The format is quite a promising one, combining as it does acted scenes from some of the works with various bods commenting and making connections, but there's nothing new here, and some of the comments border on the trite. Nevertheless, it's watchable enough, and from time to time there's something to dwell on, notably the sections concerning the belief that Art doesn’t imitate life, but the other way round, as we learn from Wilde's lovely, lesser-known essay, 'The Decay of Lying', dramatised well here. “Where, if not from the impressionists, do we get those wonderful brown fogs that come creeping down our streets, blurring the gas lamps and changing the houses into monstrous shadows?” said one croquet-playing fop to another. “At present, people see fogs, not because they are fogs, but because poets and painters have taught them the mysterious loveliness of such effects.” Wilde’s grandson Merlin Holland sensibly tells us that, bewitched by his plays and stories, we have neglected Wilde’s essays. In 'The Critic as Artist', Wilde wrote: “Man is least himself when he talks in his own person. Give him a mask, and he will tell you the truth.”

However, most of the commentary is pretty juvenile, telling us how great Wilde was (no, never!?) and how perfect the 'Importance of Being Earnest' is (yawn), and only occasionally do we get something meaty to chew over, notably Gyles Brandreth reminding us that several of Wilde's rent-boys were 16 when they gave testimony (and so younger when Wilde had sex with them), but yet there’s no sign Wilde had any regrets - there's a telling quote from 'De Profundis' in which Wilde declared: 'People thought it dreadful of me to have entertained at dinner the evil things of life, and to have found pleasure in their company. But they … were delightful and stimulating. It was like feasting with panthers. The danger was half the excitement.' There's no comment on that, but for me that 'feasting with panthers' bit makes it sound as though Wilde considered himself willing prey when, arguably, he was the predator. All in all therefore, vaguely entertaining for an hour or so but all a bit fluffy.