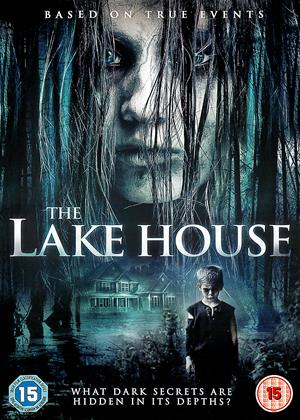 Synopsis:
When six friends from Massachusetts finish up classes for the holidays, they decide to take a road trip to the Jersey Shore. A birthday celebration at a beach house will be the highlight of their summer, or so they thought. When they get to the house, they realise it's not the beach house they were expecting. It's actually in the middle of the woods off long spooky Clinton Road, which has been haunted for the past fifty years. The sadness of not having a beach soon disappears as they all rush outside to see the lake. As they start to engage in drunken festivities, that's when the horror begins.
Actors:
India Autry, Aram Bauman, Alan Bendich, Anthony Grant, DeShon Hardy, Brianna Jamison, Collin Jamison, Leah Jones, Tina Krause, Stephanie Marrone, Matty Poslusny, Richard Ryker
Directors:
DeShon Hardy
Producers:
DeShon Hardy
Writers:
DeShon Hardy
Aka:
The Lake on Clinton Road
Studio:
4 DVD
Genres:
Drama, Horror

Reviews (2) of The Lake House

The term exploitation has been used to lump together softcore horror films, mainly from Europe during the 1960s and 1970s, although Hammer also became bitten by the bug in its latter years. Now, we feel we have progressed so smoothly that the term isn’t used any more. And that’s because such a titillating way of teasing the audience with choreographed sexuality has become the norm. Here, we have the dreaded ‘group of friends’, one celebrating a birthday, who go looking for a beach house and instead discover The Lake House. As one character, superficially hard-to-please Stacey (India Autry) says, “A beach house needs to have a beach.” The reply, “Yeah, I got that memo.”

The story: years ago, a young boy was drowned in the lake on Clinton Road and may be haunting the Lake House. As nothing in particular happens, these forever wholesomely tattooed 24-hour party people fill the running time by having cosmetic arguments, only to later reward each other with themselves. When one of their number – Jillian (Leah Jones) - threatens to tarnish the perfect party bubble by not feeling well, a lethargy sweeps across the ensemble. After a while, they no longer even have the energy to twerk (dance to popular music in a sexually provocative manner involving thrusting hip movements and a low, squatting stance).

Away from the sporty birthday revellers, the location is, as is often the case, a blessed relief. Scenic, expansive and remote-looking enough to convince of sinister goings-on far away enough from society to be, in theory, moderately effective. You’d hope. Still, the mood slithers from high-spirited party action to posture and ponder-ment now things aren’t quite excellent anymore. When one sleek bodied seductress disappears – you know, the one who wasn’t feeling well – the reaction from the others is minimal. A manly hand-slap and they continue as before. Camaraderie for those left behind, whilst the birthday boy laments his suddenly imperfect celebrations.

Without listing further non-eventful contrivances, ‘Lake House’ proves to be an excruciating and anaemic haunting effort with a little scary music interrupting the rap beats and lead-ups to sex scenes that don’t happen. A little high-speed body-distortion (owing a lot to various exorcism films) and that’s your lot as far as ‘scares’ are concerned. Suddenly, the inclusion of some uplifting music alerts us to the fact the film is ending. But wait! A post-credits sequence features desperately overlong web-cam footage of another car full (of what appear to be four twelve-year olds driving to Clinton Road, mocking the existence of any haunting. This scene seems to go on forever. For a lead-up to any threatened sequel, it spends its entire duration overstaying its welcome). It’s difficult to know how an audience is supposed to react to this film, if at all, but who cares? Horrifying, for all the wrong reasons.

Only just ok - The Lake House review by gazmb

Quite poor with a lot of the hand made camera footage again, this was ok to watch the once but wouldn't watch again. Could of been better but some acting poor and not good enough suspense .