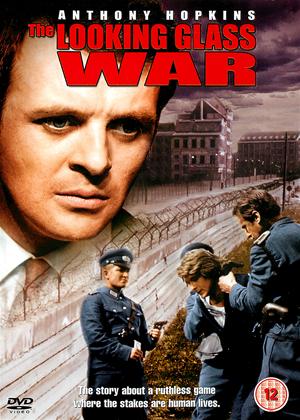 Synopsis:
The Cold War heats up with this powerful adaptation of the best-seller by master espionage writer John Le Carre. In exchange for political asylum, Polish defector Leiser (Jones) agrees to return behind the Iron Curtain to confirm the suspicions of the British Security Chief that East Germany is building a rocket in violation of the disarmament pact. Once in East Berlin, Leiser falls in love with a beautiful young girl and the couple decide to flee the espionage experts - both East and West - to start a new life together. But they soon find themselves pawns in a brutal game where the stakes are human lives.
Actors:
Anthony Hopkins, Robert Urquhart, Anna Massey, Vivian Pickles, Christopher Jones, Pia Dagermark, Ralph Richardson, Susan George, Ray McAnally, Timothy West
Directors:
Frank R. Pierson
Studio:
Sony
Genres:
British Films, Thrillers
Countries:
UK

Reviews (1) of The Looking Glass War

This 1969 film has a star cast - with a young Anthony Hopkins being historionic and moral in the face of callous spy-handler Ralph Richardson and his upper crust M16 bods.

It starts in Finland, then moves to the UK and finally East Germany (with some unusual scenery of the place).

It's all a bit like a B-move Day of the Jackal - and based on a John Le Carre novel too. But it's still a good. effective thriller.

The handsome star - Christopher Jones - is excellent, but seems to have disappeared without trace soon after this movie (apparently he was drugged against his knowledge whilst in Ryan's Daughter in 1970, and left acting to be an artist after that).

This movie is a bit preachy at times, in line with the late 60s anti-war 'love n peace' shtick - however, it's still a good watch and unlike modern movies does not have a booming soundtrack. Also, the actors - all British - get their foreign accents pretty spot-on (take note lazy BBC drama producers!).