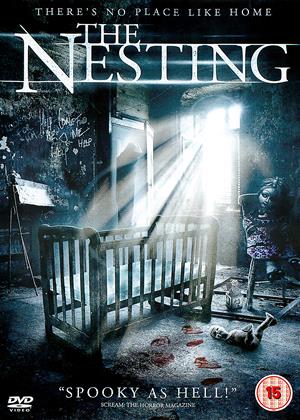 Synopsis:
When Doug's fiancee, Lori, is killed in a tragic car accident, he retreats to their isolated farmhouse in the hope of coming to terms with his loss. Left to grieve amid years of memories, Doug realizes he has ndt returned to the deserted farmhouse alone. As he learns the tragic history of the abandoned and unloved farmhouse, supernatural occurrences leave him fearing for his sanity, and reveal a secret Lori took to her grave. Struggling to determine whether what he is seeing is real, or whether the hallucinations are all in his head, Doug finds solace in the company of Jamie, a local student he meets whilst in the country.
As their friendship deepens, Doug unwittingly draws Jamie into the horrifying events unfolding in the old farmhouse.
Actors:
Katrina Law, Jody Quigley, Lili Bordán, Jarett Armstrong, Rebeka Choudhury, Airen DeLaMater, Dave Droxler, Joseph Forsstrom, Pete Postiglione, Megan Rose, Thomas Roy, Tom Settefrati, Margo Trovei, Melissa Chadwick
Directors:
Quinn Saunders
Producers:
John Lutz, John Nargiso, Melissa Panzer, Guy Quigley, Quinn Saunders
Writers:
Pete Cafaro, Andrew Kayros
Aka:
Apparition
Studio:
Signature Entertainment
Genres:
Horror, Sci-Fi & Fantasy, Thrillers

Reviews (1) of The Nesting

Doug (Jody Quigley) and his beautiful fiancée (Katrina Law) have their blissful engagement party interrupted by a former boyfriend, which despite Lori’s tearful apologies, incites Doug to drive really fast and accidently kill her. It’s hard to sympathise much with such petulance, despite the audience being treated to many subsequent images of Doug struggling to continue life alone … whilst apparently being haunted. Wrong of me, isn’t it, to mention Doug is far from heart-throb material, and how lucky he is to be with Lori and that perhaps should have exercised a little more humility?

Crusty old Woody (Thomas Roy) in the hardware store warns of vengeful spirits residing where Doug is living. Certainly Doug’s dreams are persuasively creepy. And yet his waking hours are cheered slightly by the affectionate neighbour Jamie (Lili Bordán), herself suffering the repercussions of a troubled past – and inevitably, sex is had, with Lori barely cold in her grave.

The spirit, which appears to be Lori and screeching newborn daughter, is not happy about Jamie. The familiar conflict between what is real and what is being imagine ensues – but to the film’s great credit, it is never specifically indicated that the hauntings and violence are entirely in Doug’s mind. Although there is a great temptation to think of the film as too restrained in its horrors, it is a persuasive examination of grief and mourning. Only when (SPOILER) Doug - who has mentally tortured himself that he killed Lori - also kills Jamie, do things become intriguing on a different level. The final scene with Doug enjoying family time with the three dead people in his life, redeems some of the film’s earlier uneventfulness.