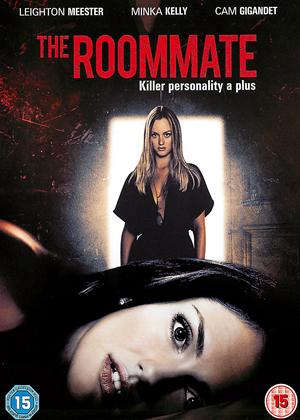 Reviews of The Roommate

Sara (Minka Kelly) is an incoming freshman at the University of Los Angeles. She is long away from Iowa, her home, and is nursing a broken heart. Good thing her roommate Rebecca (Leighton Meester) is there to pick up the pieces. Sara and Rebecca become instant BFF’s and already, they look alike, and soon enough, they will be the same person. Sara has no idea what Rebecca is like, and what she is, is a full-blown stalker. Trouble is, she’s ‘The Roommate’!

Directed by newcomer Christian B. Christiansen (is that for real?!), the Scandinavian delivers a humdrum of a psychological thriller involving young women with smooth skin and great hair. Well, for Minka Kelly’s Sara that is. As for Leighton Meester, her portrayal of a psycho-stalker involves limp hair and a whole lot of stare-downs and side-eyes to Sara’s other friends. Talk about clingy.

Leighton Meester could have pulled the psycho-stalker off if she had been given the right kind of material. She practically does it on TV’s ‘Gossip Girl’ in designer dresses, only with peppy restraint. Minka Kelly coasts along for her good looks. Why do people don’t understand that not all pretty people can be good actors?

‘The Roommate’ could have been a good exercise in warning its audience of the terrors of stalking and stalkers. They’re no laughing matter. With the onslaught of technology giving us front seats to other people’s lives, we are rather defenseless when these predators decide to strike. Stay safe.