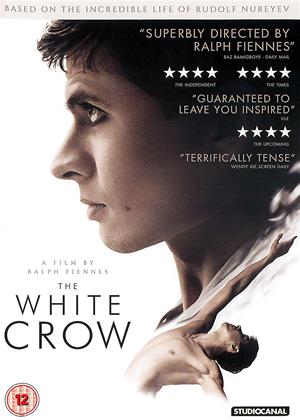 Reviews (5) of The White Crow

Enjoyable, if overlong, Cold War biopic of Rudolf Nureyev who defected in 1962 - The White Crow review by PV

It's often hard to think that the oppressive communism of the Soviet Union and its Eastern European empire lasted until 1989, though Gorbachev's Glasnost and Perestroika meant things liberalised after 1985 - I think Nureyev visited his homeland again in 1987/8, and then sadly died of AIDS not long after.

The monitoring and spying of the KGB was truly scary, and yet the suspicion of foreigners was always there in Russia and still is now. I visited Communist Russia in 1979 and saw it all first hand. Many problems later in Russia and still are, in what is really a dictatorship ruled by oligarch thieves BUT it could never be as bad as the Cold War days.

Some interesting back story here and well-played characters, though oddly, even though this may be more accurate, the version of the airport defection scene shown here is less effective than the one I saw in a TV drama documentary earlier this year.

But it's all enjoyable - and worth seeing how people like this dancer can shout #metoo too after abuse from powerful older women.

I am not a huge fan of dancing but the scenes here are truly spectacular.

Not perfect but 4 stars. I enjoyed it. Probably not for kids with the attention spans of puppies though!

Having seen film clips and read about Nureyev and seen the documentary I Am A Dancer, I had looked forward to seeing The White Crow. First I watched the special features where I learned about the research to make the movie as authentic as possible. Casting was brilliant. There are moments, watching Oleg Ivenko, where he seems to actually hover, to float suspended in the air as Nureyev did. Though I knew the outcome, that he was given asylum, able to defect, still I felt the suspense. I think it is a must watch for ballet lovers but also to people who have never thrilled to a live performance. Simple moments, like when the camera is just played on the dancer’s feet, are remarkable, seeing the excruciating work to achieve perfect turnout. Also in the special features I learned that Oleg Ivenko after a 12-14 hour day of filming, still had to spend 2 hours exercising at the barre lest he get out of shape. Ralph Fiennes directed and acts as ballet master Pushkin. Loved it.

I Enjoyed IT - The White Crow review by AA

I had the privilege of seeing Nureyev dance at the Royal Opera House in the mid 1970's shortly after being transferred to London.  There was a presence about him that I felt the film only scratched the surface of'. He was a perfectionist and this side of his character for me did not really stand out.  I would love to know what happened to his Soviet Handlers when they finally got home, labour camp in Siberia?

The film jumps to and fro, between his birth on a train, the ballet academy in Leningrad and international acclaim with the Kirov company in Paris. Skillful photography and sensitive portrayal of every character. A wonderful film

I don't know how true to life this story of ballet dancer Nureyev is, but it's a powerful drama. The performances are good and the characters are not excessively black and white but presented in the round with all their flaws and strengths. The concluding scenes are gripping. Excellent piece of work.