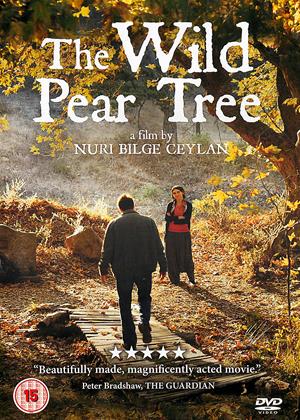 Synopsis:
Sinan (Dogu Demirkol) returns from his studies in the city of Canakkale to his parents' home in the small rural town of Can. He hopes to publish a book of essays and short stories (or what he describes as a "quirky auto-fiction meta-novel"). But his teacher father Idris (Murat Cemcir) is an addictive gambler, so much so that his mother and sister have become reluctantly accustomed to making do without food or electricity. And so Sinan, with his writing dreams, worrying that we will be reduced after army service to teaching in the remote East, wanders around town, visiting his grandparents, encountering old friends, all the while looking for funding for his book.
Actors:
Murat Cemcir, Bennu Yildirimlar, Dogu Demirkol, Hazar Ergüclü, Serkan Keskin, Tamer Levent, Öner Erkan, Ahmet Rifat Sungar, Akin Aksu, Kubilay Tunçer, Ercüment Balakoglu, Kadir Çermik, Özay Fecht, Sencer Sagdiç, Asena Keskinci
Directors:
Nuri Bilge Ceylan
Producers:
Zeynep Ozbatur Atakan, Muzaffer Yildirim
Writers:
Akin Aksu, Ebru Ceylan, Nuri Bilge Ceylan
Aka:
Ahlat Agaci
Studio:
New Wave
Genres:
Drama
Countries:
Top 100 Films, Turkey, Drama

Reviews (5) of The Wild Pear Tree

Turkish director Nuri Bilge Ceylan has crafted a beautifully elegiac film. Nothing is hurried, except for one brief fight, conversations are recorded at conversation length, discussions are continued until the arguments are exhausted.

His father Idris, another tremendous performance by Murat Cemcir, does not have literary ambitions he just wants to win money and find water in a well.

Critics have described Ceylan's work as Chekovian, indeed it does have the mixture of comedy underlying the tragic exterior but it has a unique directorial voice.

Another masterpiece from Ceylan - The Wild Pear Tree review by PD

Turkish director Nuri Bilge Ceylan's latest offering is another beautifully made and acted film. It’s typically unhurried of course, which some might lose patience with, but for fans like me it could have gone on for days and I wouldn't have minded at all - quite the contrary.

It's basically to do with childhood and returning to your home town and family with all this entails, aka Chekhov or Ibsen. The central character Sinan is superbly played by Aydin Dogu Demirkol, who you can't take your eyes off for a moment - every twitch, every expression speaks volumes. He's something of a misanthrope, an aspiring writer who is frustrated with what he sees as the sense of disappointment and failure in the lives of his local friends and family, but at the same time fears this will be his own future; the director is highly skilful at questioning Sinan's assumptions and takes great pains to display instead the locals' humility and acceptance, especially Sinan's gambling-addicted father Idris, again, beautifully played by Murat Cemcir, who is straight out of the pages of Hemingway.

There are lengthy dialogues about writing, life-choices, religion, modern Turkey, etc, but the film never feels forced or preachy. And there are some scenes that can truly be called 'great' - Siran's encounter with ex-girlfriend Hatice for example is breathtakingly good: the mood shifts are perfectly controlled as she teases him about his general pessimism and he goads her in turn about what looks like an imminent submission to marriage. And in another wonderful sequence Sinan has a discussion with a famous writer Süleyman (Serkan Keskin) in a bookshop which begins by Sinan ostensibly seeking advice but then increasingly drives Suleyman to distraction as Sinan doesn't seem to respect him - ultimately Sinan just wants to needle him about all the petty vanities and hypocrisies of the literary establishment. My favourite bit is a lengthy, circular conversation between Sinan and two imams during which, under the guise of small talk, they discuss truth, morality and the nature of religious belief. Wonderful, wonderful filmaking.

Don't be fooled by the innocuous title, it's a dirge.   - The Wild Pear Tree review by TJ

The kind of film the critics love but as someone who loves foreign films and everyday dramas this is not for me.  Far too long, a storyline that seems to go nowhere, unsympathetic characters.   I gave up after two hours in the middle of a boring debate about Imans and the Koran which went on for more than 10 minutes.  Maybe it means more to a Turkish audience.

Film making at its best, I'm so inspired I have put every Nuri Bilge Ceylan on my Paradiso list and cant wait to see more !

A typically slow burner of a film from Nuri Ceylan.

The characters and the setting are intrinsically interesting, and Ceylan allows this to come through with quiet intensity.

This film seems more fully realised than his previous work, good as all those movies are.