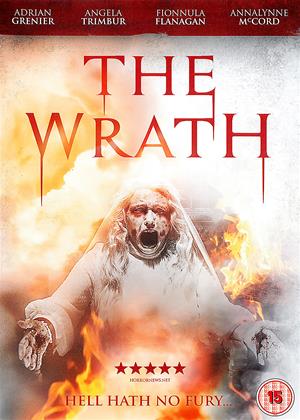 Reviews (2) of The Wrath

NOT AT ALL what I expected...

From the cover you are lead to believe its some kind of Cheesy Possession Movie possibly ...

From the Title maybe some kind of Paranormal Movie like CARRIE ...but its actually Closer in feel to Bette Davis in 'The Anniversary '

A Rather Darkly Funny ,Bitchy Family get together . Nasty old Grandma , Damaged Lesbian Sister,Mentally Troubled Boyfriend ,Aggressive Girlfriend ,Religious Tight Ass Nut Brother , Perverted family Priest and Dead Parents... I was chuckling all through it ,though i have NO idea if it is intentionally or Unintentionally Funny. either way I loved this movie ,I wasn't expecting a great deal from it and actually found something I really rather love .

Clearly from the Title and Cover Art ,(i notice this film is also sold as 'TRASH FIRE' ) the production company haven't a clue what they have here or how to sell it .

Dark and creepy with funny moments - The Wrath review by MH

Didn't know what to expect from this one but was pleasantly surprised. All the characters are unpleasant but in a good way and the tension builds up nicely. If you enjoy something that makes you feel slightly uncomfortable but makes you laugh at the same time this is a good film to choose.