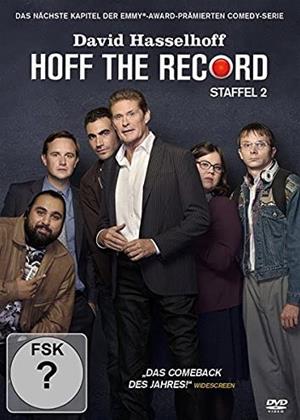 Reviews (1) of Theatre of Blood

Down the main road that runs alongside the home of pompous local Civil Servant and critic George Maxwell (Michael Hordern) runs a delivery van – Shakespeare’s Deliveries, of course. Maxwell is immediately a caricature of authority; self-important, arrogant and very easy to manipulate. His ego is massaged sufficiently by a call from the local police to help rid a doomed warehouse of a gang of meth drinkers and vagabonds. The first glimpse we see of the mighty Vincent Price is behind a heavy moustache and police uniform, as he ushers Maxwell towards the unsightly crew of grubby tramps. Clipping them with his umbrella and advising them to leave the vicinity immediately, Maxwell finds the atmosphere quickly turns sinister as bottles are broken and the sneers and gurgles of the incapacitated characters are directed towards him. The two policemen stand by as the vagrants rip him to shreds. An exaggerated establishment figure he may be, it is nevertheless very satisfying to see his pomposity pricked like a balloon as it slowly dawns on Maxwell he is beyond help.

Maxwell is part of a group of similarly snotty art critics who have all savaged the career of hopeless Shakespearian ham Edward Lionheart (Price), who apparently killed himself as a result of their hostile reviews. Even his apparent suicide is an embarrassing over-the-top performance (the final goodbye to his critics is greeted by cruel sneers and jibes as, tortured by his own madness, he throws himself into the sea). Yet, he still lives, and with the aid of his daughter Edwina (Diana Rigg, unconvincingly disguised as a male throughout – I mention that not as a criticism; she is an extension of her father’s lack of subtlety after all), aims to kill every one of the group utilising scenes from Shakespeare’s finest.

It is difficult to name a favourite film from Vincent Price’s incredible career. For my money it comes down to his restrained performance as the cruel Matthew Hopkins in ‘Witchfinder General (1968)’, and this, the opposite extreme and a gift of a part for Price’s finely honed excesses. Often caked in the grotesquery of theatrical make-up, his playing of OTT Lionheart allows him every opportunity to give the largest of performances, whilst always remaining in character. And yet such is Lionheart’s self-belief and misplaced dignity, he becomes far more than a hopeless ham: he is a truly tragic, misunderstood figure, so engulfed in his theatricality that he is little else without it. His loyal daughter adds to this awful nobility, as do his audience of the meth-drinkers we saw at the start (they pulled him from the stagnant waters after his elaborate suicide). They applaud his over-acting in return for the coins he throws benignly toward them. Douglas Kickox’s tremendous direction adds further colour to this, closing his cameras tightly on Lionheart’s performances, barely containing them, and then zooming out slowly to find it being paraded in the isolation of an abandoned and ramshackle theatre. What an incredible creation Lionheart is.

With a cast including further veteran stalwarts as Joan Hickson, Arthur Lowe, Ian Hendry, Arthur Lowe, Robert Morley, Jack Hawkins, Dennis Price and Diana Dors, this is as great a horror film as Lionheart perceives himself. The finale is spectacularly sliced grand-guignol, with Rigg imploring the band of stoned vagrants to help her doomed father before being killed herself, leaving him trapped, totally deranged and beyond hope, in his burning theatre. This time, there is no mockery or sneering at his final performance. Hendry’s admiration for him is so grudging, however, it makes us wish he too had been one of the victims. An outstanding film.