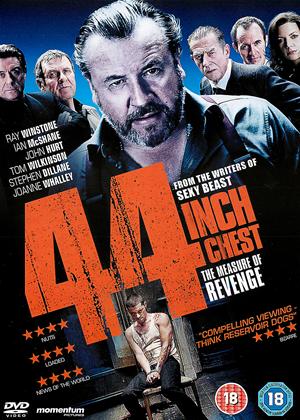 If you have ever loved and lost this will be right up your street, themes of retribution, forgiveness, redemption 10/10

If you're lookong for an action movie forget it, this film is more like a play, with most of the action taking place within one room. Having said that, it is absolutely first class. A close up study of the pain and heartache of a man whose wife has left him. Witness Colin Diamonds (Ray Winston) total melt down, supported brilliantly by top class performances from the stella British cast. The acting and dialogue are unforgettable, SUPERB.

This was a throughly unpleasant way to spend an hour and a half. Who were these people? Do we care? How did they manage to assemble this fine cast to grunt their way through this monosylabic script. To write more would be doing this film more justice than it deserves.

Awful film, me and my partner turned it off after half an hour as we couldn't work out what was happening, not a lot by all accounts.

After hearing the offensive four letter 'C' word about twenty times within the first half an hour, I couldn't have put up with another hour of that.

I'm no prude and can swear with the best of them but that word does offend me and I feel there is no need for it in general language.

I am very disappointed with the film, I was expecting a lot more from a film with that many fantastic actors in.

I did not know what to expect , in fact I was very pleasantly suprised. The acting in very theatrical it is almost Shakespeare meets Guy Ritchie. Very entertaining with an extraordinary script and a very deep analysis on love and heartbreak.

I thought this film was excellent: for 90 minutes I was never bored and could not take my eyes off the screen. Powerhouse performances by some great British actors and some clever writing make this a gem.

For those raised on crap like Avatar and CGI dross, however, this must be baffling: characters actually talking rather than shooting each other and blowing stuff up. So don't rent this if you're the kind of retard who only likes video-game movies. This film is for more mature and intelligent audience - not one that just wants CGI explosions and American 'godammit' dialogue.

My criticisms: a bit too stagey at times - clearly Pinter-esque - and the ending sort of fizzled out (though this is not necessarily a criticism - in Hollywood, they would have demanded explosions at the end and the FBI storming in shooting people).

The language is full of the C word and essentially mannerist - but it expresses perfectly the characters and makes a change from all the American twaddle dialogue on most gangland movies.

I could watch this film several times and still enjoy it.