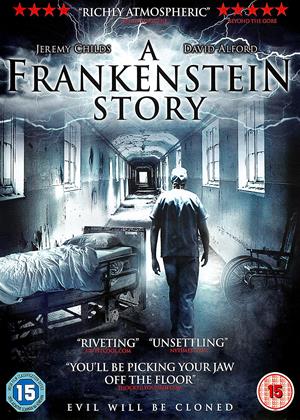 Reviews (1) of A Frankenstein Story

This is a relentlessly grim and humourless film – understandably, given the subject matter. Another modern day take on Frankenstein (loosely speaking, most horror stories are), this deals with engineered babies and cloning, and the reaction of modern day media and ‘normal’ people.

Elisabeth is the ‘first’ of these experiments, and public reaction is exacerbated when one of Doctor Victor’s (Jeremy Childs) staff leaks a picture of her to the press: a normal looking child, she nevertheless has an electronic implement injected into her forehead. What follows are various viewpoints presented both for and against Victor’s experimentation – for some, it presents hope that certain diseases will be combatted as a result; for others, it represents a violation of their perception of the will of God (‘Humans not clones/There’s evil among us’ they chanted like a mantra).

But Elizabeth is not the first experiment. The rampant and deformed Ethan has that dubious honour. Locked in his room, barely shown to the audience, he has behavioural disorders and continues to grow less manageable. One day, Ethan brutally kills the nanny Mary (Shelean Newman).

Exhausted, Ethan approaches Victor, having killed Elisabeth in another rage, who embraces him fatherly before giving him a fatal injection. The crowd of protestors outside his home falls silent as Victor shows them Elisabeth’s corpse, asking ‘Is this who you were afraid of?’ Incensed, one protestor shoots the doctor, killing him.

The subject matter of cloning isn’t quite interesting enough to justify its screen time. The characters’ reactions to the various developments, Victor’s moral dilemma and his belief he is doing positive, progressive work against a whirlwind of protestation and alienation is very well conveyed. But it isn’t until Ethan’s escape and subsequent blurred violence that things become truly creepy. In the end, when the experiments have presumably come to a shuddering end, will the protestors be happy, or will they simply move on to the next Big Issue and be equally compelled to bring that to an end too?