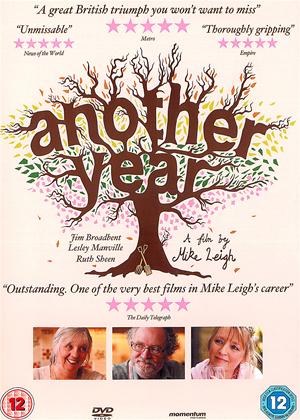 Reviews (4) of Another Year

I HATED this film. Mike Leigh gets far too many plaudits from the cinephile crowd - his films are often dull leftwing rants. Also, he tends to hate working class people who try to better themselves (most of his films show this) but lately he has been trying to redress the balance: that is why here Jim Broadbent and his wife Gerri - the most irritatingly smug woman in the world - are shown as working class persons 'made good' - all caring sharing and wonderful. Only a middle class son of a wealthy doctor like Leigh could come up with such nonsense! The more I think about this film the more I hate it! It is outrageous that Leigh gets taxpayers' money to make this crap when far better filmmakers and writers can't get funding. This should have been a BBC2 drama - at best. I'd rather pay not to watch this drivel again.

I quite enjoyed this film but I can appreciate why people, (including my wife) didn't as it is totally lacking in any excitement and offers only a minor sprinkling of dry wit. It is however full of great characters with Mary and Ronnie of particular interest. Even bearing this in mind it still drags a bit and I was disappointed that they didn't tie up the lose ends.

You'll either love it or hate it – me, I liked it very much - Another Year review by RP

I was browsing for Mike Leigh films, and I came across some unflattering reviews of 'Another Year', so I though I'd add my viewpoint. I hesitated for a long time before writing a review of this film and in the meantime I've seen one of Mike Leigh's early works, the TV play 'Abigail's Party'. In a way I feel that these are the mirror image of each other: in 'Abigail's Party' the central characters are deeply unpleasant and are trying to impress others, while in 'Another Year' the central characters are well settled and comfortable with themselves, and have no need to try to impress anyone.

This is a typically British, typically 'Mike Leigh' kind of film, and like others from the same director you'll probably either love it or hate it. It's about life and relationships. It covers all aspects: there is a birth and a death. There is a happy relationship (the central couple, Tom and Gerri – yes, I'm sure there was a pun intended there). There are failed relationships, old relationships, and new relationships developing. There is the contrast between two sons – one estranged and angry, one appreciated and caring (and perhaps a little boring). Is all human life here? I guess that's for each one who sees the film to decide, but it's a mighty tangled tale that the director tries to tell...

The film is told in four distinct sections (contrived as seasons of the year): the stable, happy, comfortable relationship of professional couple Tom and Gerri seems to act as a magnet for others with problems: Gerri's work colleague and tipsy/dipsy friend/acquaintance Mary (wonderfully played by Lesley Manville) who has a history of failed relationships, Tom's longtime friend Ken who is deeply unhappy and has a drink problem, Tom's brother Ronnie who is newly bereaved, and Tom and Gerri's son Joe. Mary has a crush on Joe who is some 20 years younger: she takes it badly when Joe's new girlfriend is revealed, becomes estranged from Gerri, and her drinking increases to the point where she needs professional help. The film ends with a long, slow look at Mary as she reflects on her life.

And so it goes: it's a complex tale about life and relationships. I found it quite a mix of emotional uplift, humour and emotional depression. Above all it is very well acted, well photographed, well directed. But it's not an easy film to watch. As I said above, you'll either love it or hate it – me, I liked it very much. 4/5 stars – highly recommended.

Typical Mike Leigh - Another Year review by BE

One star for effort but must do better! I was expecting more from this movie but gave up after half an hour before total boredom set in. Jim Broadbent looked incongruous in a hard hat.

Another Year is the latest offering from British director Mike Leigh. Known for his innovative, un-scripted realistic drama Leigh hardly deviates from type with Another Year. Starring Jim Broadbent, Ruth Sheen, Lesley Manville and Imelda Stuanton, Another Year follows a married couple through a year of their lives; exploring their relationship with each other, their family and friends over a year’s allotment harvest.

As with every Mike Leigh movie Another Year takes it’s time, slowly and gently immersing you in the beauty of the completely ordinary. The film is truly kicked into gear when the seemingly perfectly and idly content couple Tom and Gerri, played by Broadbent and Sheen respectively, find their home invaded by their troubled and lonely friend Mary (Manville); a divorced co-worker of Gerri’s whose personal life is falling apart. Mary attaches herself to Tom and Gerri and the film proceeds with a harsh and hysterical tone as her misery seeps into the couple’s life.

Tom and Gerri appear to be supportive to Mary, despite her drinking and strange behaviour, and the film proceeds with a mundane elegance as their lives continue, intermittently touched by Mary’s pain. Eventually Tom and Gerri find themselves miles from Mary at the funeral for Tom’s sister-in-law; here the emotions of all the characters finally begin to break the surface and anger and indignation flare.

The film has received many mixed reviews, lovers of Mike Leigh enjoying the serene and bittersweet nature of the movie, praising its aural accomplishment. The film’s use of sound much is applauded, as the way it mixes the slow and indulgent soundtrack with the shrill and devastating pang of Mary’s laughter. The intimate and welcoming nature of Tom and Gerri’s home does fill you with a gentle sense of warmth. Whilst other’s have felt that there is more to Tom and Gerri than meets the eye, and that their kindness should be taken with a pinch of salt. Personally I felt that somewhere below their surface lay a sense of superiority and over indulgence, which leaves the film’s ending with a strongly sadistic and selfish air about it. As Tom and Gerri’s family sit down to dinner, laughing and enjoying one another’s company, Mary sits, looking lost and sad, alone on the outside of the families’ happiness.