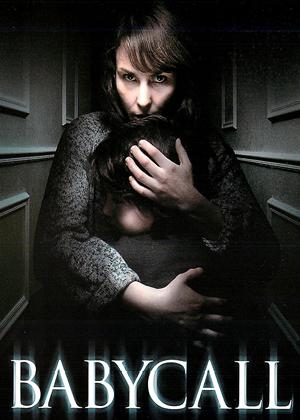 This solemn Norwegian gem features Anna (Noomi Rapace) who has been relocated to a flat following an incident with her abusive husband and father of eight year old Anders (Vetle Qvenild Werring). She exists in a constant state of neurosis and is monitored by two Child Welfare Officers. To relieve her worry that somehow her husband will find them and inflict further harm, she buys a baby monitor so she can listen to her son even when he is in another room. Sometimes, she hears the sounds of a child being beaten on the monitor, but Anders is sleeping soundly … so where do these sounds come from?

She befriends shy Helge (Kristoffer Joner), whose mother is on a life-support machine in hospital, and they begin a fragile relationship. And yet the disturbing incidents continue; the male welfare officer Ole takes an unprofessional interest in Anna, and the woman she believes she has heard on the monitor appears to drown her son at the picturesque nearby lake Anna often visits to relax. Anna dives into the water to rescue the boy. The next thing she knows, she is in hospital.

Anders invites a friend round, but we don’t get to know his name. The two lads share a kinship, and it appears the friend has been beaten by his mother. Whilst joining Anna for supper one evening, Helge meets the nameless boy and assumes it to be Anders, whom he hasn’t met. He sees bruises on the boy’s arm and assumes Anna has been beating him.

The final straw in Anna’s punishing ordeal is when Ole tells her that Anders’ father has gained custody of the youngster. She stabs Ole with the kitchen scissors, takes Anders and leads him to the open window, high above ground level. Helge bursts into the flat, past the bloody body of what actually turns out to be the caretaker, and gets to the bedroom just in time to see Anna and her son plummet to the ground below.

Only Anna’s body is found. It transpires Anders died two years ago, and so did his abusive father. Everything else we have seen was a mixture of the truth and the product of Anna’s ruined mind.

Poor Helge. An honest, decent man who witnesses it all, and loses first his mother, and then Anna. As he reads a final child’s poem to Anna by her death bed, we see visions of her and Anders strolling through a summer’s forest and sitting by the lake, happier than we’ve ever seen them. This is either a flashback to glad times, or a snapshot of where the tragic blighters are now; somewhere better.

This is a tremendous, bleak, intimate film that packs a punch with some very intense acting and a haunting incidental score.