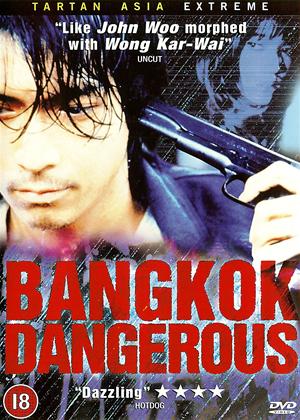 Synopsis:
Kong lives with his friend and business partner Joe, together they work as professional hitmen on the dark, tough and seedy streets of Bangkok. Kong, deaf and mute since childhood, carries out his violent and bloody work with a detached, sociopathic coldness - an impersonal revenge on the world. His only response to the assassinations he performs is silence. When Kong meets and befriends Fon, he experiences warmth and tenderness for the first time and, at last, feels that there is a chance of redemption and transformation.
Unsure what his next move should be he is forced to chose between the detached remote existence he leads as a calculating killer, and the chance he has to re-invent himself as a participant in a relationship and normal society's a whole.
Actors:
Pawarith Monkolpisit, Premsinee Ratanasopha, Patharawarin Timkul, Pisek Intrakanchit, Korkiate Limpapat, Piya Boonnak
Directors:
Oxide Pang Chun, Danny Pang
Writers:
Oxide Pang Chun, Danny Pang
Studio:
Palisades
Genres:
Action & Adventure, Drama, Thrillers
Countries:
Thailand, Action & Adventure, Drama, Thrillers

This is not a terrible film. If this site allowed a two-and-a-half star review, it would be about right. I'm giving it the benefit of the doubt because it's trying to do something well. Unfortunately, that something is imitating John Woo's "The Killer", and that's an incredibly stupid thing to do if you're not John Woo. The obvious failing is making the hero deaf since birth, and then giving us about 10 seconds of his silent world, but otherwise dubbing whatever ugly techno soundtrack seemed trendy in the late nineties onto a movie where we could be hearing literally anything, or nothing, to far greater effect.

The viewer also struggles to care about the protagonist. He's deaf and dumb, but since he's not retarded, it's hard to see why he's never learned to communicate with anyone else in the ways that deaf people usually do quite easily, therefore he has to shoot complete strangers for a living. This film is literally ticking the boxes of John Woo's "The Killer", except that instead of the hero's girlfriend being blind, he is himself deaf. And unfortunately it doesn't do it terribly well. Basically, if you've seen "The Killer". you've seen this movie ten times over.