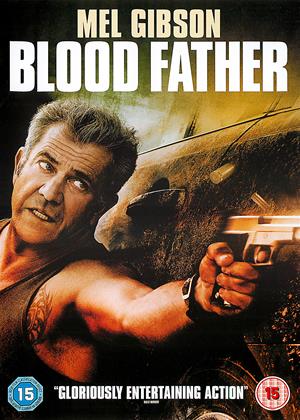 This is a seedy film about an ex-con (Mel Gibson) on the run from a Mexican drug cartel (yawn) with his off-the-rails 17yo daughter (Erin Moriarty). Naturally there’s some father-daughter bonding to be done (yawn). There are lots of tattoos and cursing and of course Gibson gets to ride a motor bike (yawn).

There are some token shoot-em-ups and the film has a gritty reality, but you never care about any of the dislikeable characters. Trashy, downbeat, B-movie fare.

Simple story , child in trouble with baddies . Dad with dodgy past but big reputation helps out using honed violence. There it is - but its great action all the way through , typical menacing Gibson with aging face ( but still managing to keep the wife drooling). Not arty , not thought provoking , no big message , just good(ish) guy versus baddies and that's what it is , simple entertainment and great viewing on a wet autumn night. Recommended even if , to some , it is B-movie fare.

No imagination.. film making by numbers.. barely made it to the ( so predictable ending)

Blood Father sees Mel Gibson back to his usual form, but now the conventional roles are reversed: he is the anti-hero who must stop the real evil from taking his estranged daughter away, in all senses of the word. And who would thought he’d fit so well in a role that is not your typical in-your-face action star a la 90s? His demeanor, determination and most importantly – full-grown-beard, fuel his fatherly instinct to unimaginable heights. Let this be a lesson that no one messes with Mel Gibson’s 17 year-old on-screen daughter without having his name embedded in a coroner’s report.

Besides Sly and Arnie, the last action star form Hollywood is finally back! He is bigger, badder and…mhm… older. But that doesn’t stop him from blowing up some cars and killing off some bad hombres who did his daughter wrong along the way. After all, he is the face of quintessential action films and his age doesn’t stop his demeanor in the least.

The story is as straightforward as it goes: his estranged daughter Lydia (played by Erin Moriarty) comes back to look for help after an involvement with some very bad guys that turned out worse than expected. Her father Link (Mel Gibson) tries to reconcile with her the easy way, but the baddies get in his way by attacking his dilapidated trailer in the middle of nowhere, with Lydia in it. The two are rescued by Deus-ex Macey (William H. Macy as Kirby) who shows up in the nick of time backed up by double-barrel shotguns and a bunch of rednecks wielding various firearms.

Helmed by Jean-François Richet (the guy who brought Mesrine to fruition), Blood Father abounds with dialogue that doesn’t fit the characters sprouting such words, but nonetheless they all seem to (somehow) make it all come together neatly. Parts of it at least.

For carrying a mindless-action flick stigma, Blood Father abounds with several satiric instances that would make Aaron Sorkin proud. Take the opening sequence that follows 17-year old Lydia buying bullets at a whim and having problems buying cigarettes afterwards; or the part where good ol’ Mel wields a shotgun yet again in his acting career; or even when the director whose off-screen persona has enraged aplenty thanks to his unreserved antic – had the guts to spoof himself in the film by making those same antics – this time on-screen.

Ultimately, Blood Father may not be the quintessential 21-th century action-packed masterpiece we’ve all been waiting for, but it whizzes very, very close. Little sprinkles of shaky-cam nonsense are present, but nothing that would break the whole experience.

Cinematography is decent, acting is on-spot (with few exceptions) and Diego Luna as Jonah gets too little screen time to begin with.

Altogether, Blood Father is a nice addition that every action fan should own.