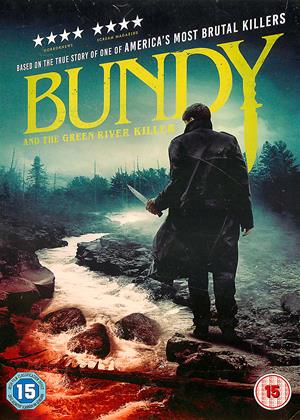 Synopsis:
In 1984, police in Washington State are investigating a spate of serial, murders committed by a mysterious man known as The Green River Killer. With no leads to go on, the detective in charge of the case consults with psychologists in an attempt to get inside the mind of the killer. But when that doesn't produce a positive result and the killings continue, the detective realizes that the only way to understand what makes a serial killer tick is to meet one. So he visits the imprisoned Ted Bundy (Richard Mark), one of the most notorious serial killers in American history.
The detective has his resolve tested as he gets a disturbing insight into the murderous mind, but when the information Bundy provides assists the hunt for the Green River Killer the detective perseveres. Eventually he builds a twisted relationship with Bundy which forces the detective to confront his own psychological demons before he finally comes face to face with the Green River Killer...
Actors:
Rahel Kapsaski, Andromeda Godfrey, Emma Stacey, Mark Homer, Lara Goodison, Paris Stangl, Richard Mark, Lola Claire, Gemma Wallace, Julie Hoult, Jared Nelson, Jason Medani, Matthew Baunsgard, Phillip Roy, Christian Roberts, Oliver Berry, Diana Franz, Brendan Purcell II
Directors:
Andrew Jones
Producers:
Rebecca Graham, Robert Graham, Andrew Jones, Harry Willis, Jonathan Willis, Tom Willis
Writers:
Andrew Jones
Studio:
4DigitalMedia
Genres:
British Films, Drama, Thrillers
Countries:
UK

Rent other films like Bundy and the Green River Killer

Reviews (1) of Bundy and the Green River Killer

Detective Dave Richards (Mark Homer) is watching ‘Plan 9 from Outer Space!’ ‘Plan 9’ is a notorious low-budget film by the derided Edward G Wood. Fifty years later, low budget film Director Andrew Jones and his North Bank Entertainment company have made a name for themselves for prolific, and often successful, filmic output. Lack of finance hasn’t hampered his films’ ambitions, which is either commendable or foolhardy: it’s up to you to decide. For example, early on here, we have a nightclub, frequented by a crowd of about three people; a trip to a bar, frequented by about three people; a press conference, frequented – well, you know the drill. Would it have been better to modify these scenes to locations requiring less need for extras who clearly aren’t there? Possibly. Having said that, ‘Bundy and the Green River Killer’ is one of Jones’ more successful projects. Unlike his ‘Robert the Doll’ series, which is frequented by less and less realistic characters, here we have much more believable, rounded people. Therefore we can identify with them, are drawn into the drama and less inclined to mind the low budget trappings.

The cast are mainly very good, with a fair approximation of American accents. Homer leads them well, and it is good to see he has become part of Jones’ repertoire. Of the protagonists, Richard Mark makes a fine job of Ted Bundy. He may lack some of the brooding charm the part requires, but it is a good, solid performance in what is a surprisingly peripheral role (his helping the police to gain favour inspired the tales of Hannibal Lecter). I’m not quite sure what to make of Jared Nelson as Gary Ridgway – in early scenes he seems ungainly, almost comical, whereas later on he is impressively measured and menacing.

Of course, the film is talky and not given to huge scenes of action, which is a trademark of Jones’ work. Much of the dialogue is taken from taped interviews with the real Bundy during his time on Death Row. There is a loose approximation of 1982 USA rather than something that survives intense scrutiny (plenty of ammunition for those who wish to bemoan inaccurate fashions and wrong-shaped plugs!). Some will appreciate this, others will not (the film opened at #1 in the HMV Premiere DVD chart). For my part, I thoroughly enjoyed this and as always, look forward to Jones’ next adventure!