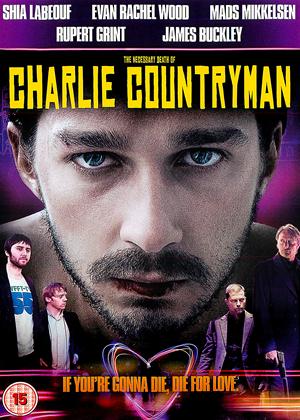 Call it weird. Call it unusual. Call it odd. Just don't call it interesting. The narrative is all over the place, while the basic plot is shallow and boring. It is also a gross insult to Bucharest.

There is something oddly special about Charlie Countryman and the journey he finds himself on. First of all its not of the norm, the strange visions and unusual structure see to that. Secondly it is a film that crosses genres and styles to achieve its weird and wonderful goals and finally it is a love story that never really feels that way, instead taking the guise of a fast paced and delightful thriller through unknown streets and new environments.

The film follows Charlie (Shia LaBeouf) as he decides to visit Bucharest under the instructions of his recently passed away mother (Melissa Leo). When he gets there he meets Gabi (Evan Rachel Wood) and he inserts himself into her life but finds that danger lies behind every corner when he does due to her complicated relationship with ex husband Nigel (Mads Mikkelsen) and the videotape he wants from Gabi, even if she won’t hand it over.

Considering LaBeouf’s very public meltdown and bizarre art exhibits its nice to see that he still has a fine grasp of character as he makes Charlie a naive idealist, the one person in the room who believes everything happens for a reason, his mothers death, his journey to Bucharest and finally his meeting with Gabi. He makes all this seem destined while never quite saying the words. He throws himself into Charlie’s mannerisms and ideals and completely becomes him.

Wood is equally stunning, a magnanimous presence that is trapped between two vastly different worlds, the real one where things aren’t cut and dry and Charlie’s world, one of possibilities and escape. Her accent toughens her up while making the rare moments of insecurity and openness feel that much more important.

The film takes turns to get to its conclusion but the ending doesn’t really matter, Charlie and the film itself are more about the ride, the adventure a directionless Charlie finds himself on with people who have just as little idea of what they are doing than he does. It’s all very poetic and its a hell of a lot of fun