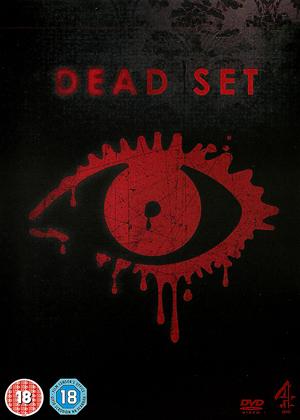 This is the kind of TV drama series that TV critics rave over: it's oh so post modern and ironic, and says so much about our bumb zombie culture. Even more ironic that it's made by the makers of Big Brother - shamelessly cashing in on their TV reality show, now that everyone's lost interest (a common reason for postmodern trickery). This is also TV made especially for the FaceSpace generation - all those teens and infantile 20-somethings who usually have an online, bitesize, goldfish-like attention span. For anyone who left school before the 90s, this drama will be rather dull and predicatble - attemtping to ape the gore-fest of teen movies with the (yawn) zombie attack plot. There are massive plot holes and nonsensical sequences. However, this is saved by a decent script by Charlie Brooker and by a superb performance by Andy Newman as the monstrous Big Brother director/producer: he clearly played this as ridiculous comedy and it works on that level. It is slightly spoilt by what is becoming a cliche on TV adverts and drama: all men are portrayed as useless idiots or perverts or monsters, while all women are portrayed as sorted, confident and much better than the men in every way! Imagine if it were the other way round! Would it be sexist? Yes, and so is this new TV tradition. (Of course, the only males allowed to be worthy and noble are always black or Asian, as they are here, which is blatant racism too). But then, people who work in TV really are as awful as portrayed here - even worse actually - with their 12 year old mentalities and hunger for ratings! That's why TV is so dumbed down and awful these days. But TV execs are SO desperate and hungry to get a share of the online generation, so love stuff like this which is fast,young and diverse and gets the FaceSpace generation watching episodes online. That means they can get advertising revenues! That means TV Producerette - she happy baby!

Three stars for the comedy and Andy Newman's performance; take those out and it gets 1 star.