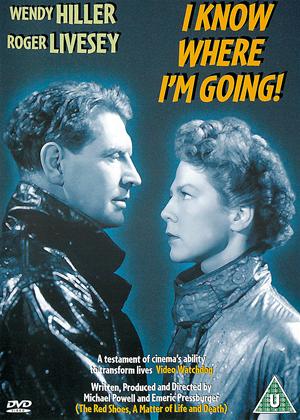 Rent other films like I Know Where I'm Going!

Romance triumphs over materialism - I Know Where I'm Going! review by RP

This film is #26 on the 'Time Out' list of 100 best British films, and it thoroughly deserves its high ranking.

The dialogue is sharp and witty, the black and white cinematography excellent. Even the special effects are good, given the age of the film. A superbly written and directed film, as one would expect from Powell and Pressburger.

The central character (played by Wendy Hiller) is thrown off her pre-planned course of marrying a millionaire when she is held up by a storm which delays her imminent wedding. Spending time with down to earth Scottish islanders, she falls for a man (played by Roger Livesey) whom she initially thinks is a sailor - but who turns out be the local laird. And of course, romance triumphs over materialism.

A film for a romantic evening in. 4/5 stars. Highly recommended.

Beautiful and Romantic. - I Know Where I'm Going! review by Steve Mason

Ambitious middle class Joan Webster (Wendy Hiller) is travelling up to the Western Isles to marry rich industrialist, Sir Robert Bellinger. What she must not do is fall in love with poor Laird of Kiloran Island, Torquil MacNeil (Roger Livesey), while the weather prevents her from making the final leg of her journey. A task she sets to with all her stubborn single-mindedeness.

An immensely lyrical and beautiful love story is enriched by its sense of history, folklore and location. It creates an awareness of how a community is bound and identified by its past. This film is about the most romantic that can be imagined, yet it packs its truths about poverty with a punch that must have felt so real to a nation coming out of war.

Only Powell and Pressburger make films like this, so culturally rich, so in love with life, but mindful of suffering too, laced with the idiosyncratic detail that make their films, and this one in particular, so loved.

A very slim story - I Know Where I'm Going! review by George

We saw this film when it was first shown and liked it very much and we always like Roger Livesey. However, it now seems dated and has a very slim plot, so we were disappointed. The other old film with Roger Livesey as the main character, "The Life and Death of Colonel Blimp", which we rented from you recently, is much better.