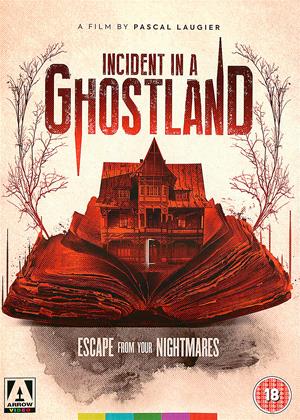 Reviews (1) of Incident in a Ghostland

We first meet two young sisters Beth (Emilia Jones) and Vera (Taylor Hickson, who was accidently scarred during production) as their mother Pauline (Mylène Farmer) is relocating them all to a sinister looking mansion full of dank corridors and creepy dolls. That very night, a gang of murderers breaks in and attacks them.

Years later, Vera (now played by Anastasia Philips) has become a seemingly self-harming tragic wreck when visited by her equally grown-up sibling (now Crystal Reed). Except Vera is seemingly possessed by demons whose physical reality somehow stems from the attack all those years back. Or something like that: answers are not forthcoming, until a pretty monumental and punishing twist about half-way through the film which completely blew me away. Following this upsetting revelation, we get scenes of a relentless, punishing regime of torture and abuse at the hands of two figures (a wheezing, retarded, hair-lipped, perverse bald man and what appears to be a skinny, dubious transvestite). It gets uncomfortable to watch, especially as there’s little substance to it all. It comes across as a literal nightmare – which both girls appear to suffer from – with scenes and set-pieces of violent, constantly returning brutal horror.

It is beautifully shot, whole-heartedly acted and genuinely harrowing in places. Beth has become a horror writer (or so we are lead to believe) and her apparent occupation informs her take on events (there is mention of her book entitled ‘Incident in a Ghost Land’, which it seems she is yet to write). Vera doesn’t have that ‘safety net’ and is physically and mentally destroyed. It is heavy stuff we’re watching, kids!

Horror is a strange genre to enjoy. I love it. But films like those directed by Laugier are different. They cross a line, and I think ‘enjoying’ them is the wrong word. They are powerful and disturbing and undoubtedly very cleverly produced, but truly harrowing - the one cheerful thing about this one is the appearance of a man who introduces himself as Howard, or HP Lovecraft to me and you.