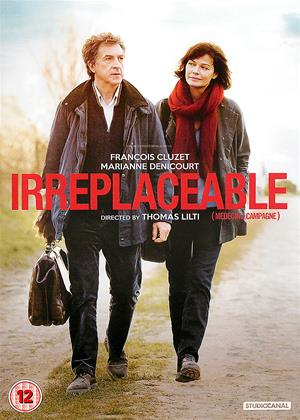 What happens when a rural doctor of medicine needs medicine himself? This should be the main premise around which Irreplaceable revolves – proving that neither high-end nor traditional medicine can amend a man’s broken heart. Add to this the exquisite, idyllic flair of rural (or rather: country) France, the charming appearance of François Cluzet as doctor Jean-Pierre Werner, and the undeniable vigor of Marianne Denicourt as Nathalie Delezia – and you’ve reached a point where symbiosis meets romance to give birth to Irreplaceable period. Too esoteric for your own taste? How about this: Irreplaceable is a well thought-out French indie film starring François Cluzet and Marianne Denicourt that depicts an old-fashioned romance between the two leads and offers a good alternative on how to spend your boring Sunday afternoons without dissolving into dullness.

Irreplaceable is directed by Thomas Lilti and stars the aforementioned figures in a rural comedy/romance that very much so plays as a series of vignettes concerning some folk in a little village in France. In it, Dr Jean-Pierre has been the main physical practitioner for a number of years, but now he must step down because of a recent, life-threatening health condition. Soon, his superiors order him to slow down and thereby assign him a new partner in medicinal crime – Dr. Nathalie Delezia.

Surely enough, Dr. Delezia proves as more than competent in her newly acquired role, and consequently sends Jean-Pierre into full-on defensive mode who tries to impair her progress every step of the way. Quickly, Delezia proves her worth (by dealing with some of the most quirky cases) and forces Jean-Pierre to accept this partnership for better or worse. As days go by and Jean-Pierre’s condition starts to worsen, the two of them grow closer and their lives change in ways they can’t imagine, or so the script forces us to think so. Either way, the story is interesting enough to keep you following through its very end, and its setting against a beautiful rural backdrop immensely helps as well.

Additionally, Irreplaceable is a very down-to-earth piece, driven forward by the poignant performances of both Cluzet and Denicourts, which also evokes that feeling of equal amounts warmth and nostalgia to keep you up at night hours after the film has ended. To this extent, both actors have done their jobs, mostly owed to director Thomas Lilti who provided an emerging pathos for the audiences to follow. Good job.

All things considered, Irreplaceable will go down in history as that cute romantic film that no one saw, but everyone seemed to praise since it looked good from the outside to begin with. If you don’t want to be that person, go ahead and rent this film to prove your knightly worth.