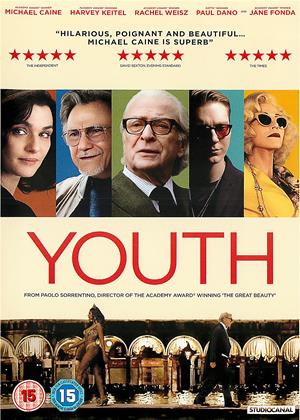 This is one of those pretentious films directed by a European director (Italy) with one eye on Cannes.

But I grow really tired of such navel-gazing auteur movies. Much of this film is confused and confusing - utterly pretentious at times too.

It would have been far better if the story had been told in a traditional way - the acting talent here (Paul Dano, Michael Caine etc) are wasted.

However, some parts are good - so if you just ignore the pretentious arty vignettes peppered throughout, it's an OK watch. Those pretentious bits are SO irritating though. They are the cinematic equivalent of waffle in an essay - as are gratuitous images of naked women!

So, worth a watch BUT not worth the praise some give it (or this director).

The title to this review sums up the film in its entirety. Slow and very boring , its only the last 5 minutes that the film appears to come alive. Sugestion ......... give it a miss.

It's a moving, thought provoking film, beautifully acted by all concerned and with a great soundtrack. Worth watching for the scenery and setting also. All the great themes were there: friendship, love, ageing, death, talent, artistic integrity. Serious themes presented with a light touch of humour. Wonderful.

Gave up after 20 minutes - Youth review by BM

A waste of acting talent - Youth review by BE

This movie does not live up to it award winning predecessor A Great Beauty. Nice try but fails miserably. It is shallow, has moments of surrealism and could be renamed Old Age to go with its lethargic pace. One star for the opulent settings and some lovely scenery.

I've seen a lot of films, I didn't live a life that would leave me jaded seeing this. I loved it. I tasted it's difference, I had nothing to disbelieve. I think I'm one of the lucky ones because I wasn't robbed.

This is a wholly European-funded film directed by a trendy, up-and-coming Italian, which means you can almost guess in advance what sort of experience you will get.

On the plus side, it is refreshingly different from mainstream Hollywood fare, with a quirkiness that often amuses and entertains, and some great scenes that only a European mind could possibly dream up. It is generally very well played by a pretty starry cast, and it was nice to see a film that actually tried to make you think a bit about what you were watching.

On the minus side, "pretentious rubbish" will be the most common reaction. That is too harsh, but understandable, because there are far too many moments when the quirkiness is overdone and very annoying, and also far too many either completely unnecessary or ridiculously arty scenes. It is at times slow and tedious, a touch overwritten, and by the end I was not sure what the point of it was. For a film titled "Youth", it was mostly about "Age".

Overall, just about worth sticking with for its entirety, but much better in parts than as a whole. If you do see it, watch out for the short scene where the Diego Maradona character plays 'keepy-uppy' with a tennis ball - quite amazing!

Glad I didn't pay to see this at cinema. Good bits....Michael Caine. Worse bits....... Have to concentrate really hard.

Didn't make it all the way through. - Youth review by CC

Pretentiousness masquerading as style, boring and a complete waste of Caine And Keitel.

Not a comedy - Youth review by MC

Very slow, not at all funny anywhere in any way. Don't know why this was rated comedy. Really quite tragic. Paul Dano is such a good actor and not sure how he ended up in this! Swiss landscape lovely but you would be better going to see it than sitting through this film.