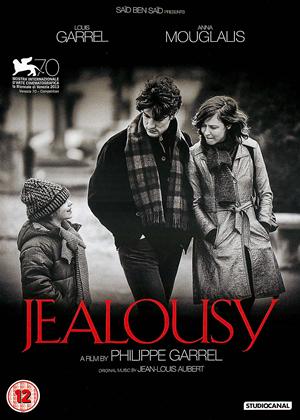 The saying goes: once a cheater, always a cheater. Jealousy is a 2013 French film that entranced audiences at the 70th Venice International Film Festival, and focuses on the fickleness of relationships. It proposes questions about what humans deem worthy of their time and effort, and shows how no two people glorify the same things.

Jealousy is told in a series of ‘episodes’, and follows Louis. He is thirty years old, a cliche impoverished actor, and lives with his girlfriend Claudia - also an aspiring actor. He has a daughter by another woman - the woman he then abandoned - but is doing everything he can to push his current lover to back to stardom. The roles fail to come, and eventually the tables turn, and the woman becomes unfaithful, leaving Louis with very little. Will he be able to find a new direction for his life, or has his time passed?

Jealousy is an interesting story with multi-layered characters, but I am one of those people that is uncomfortable around anything concerning cheating. Once a character is unfaithful in a relationship, I lose all respect for them. I no longer care about their plight and would rather not watch altogether. That is the main reason why I did not like this film. Because of this, the only character interactions that I liked were between Louis and his daughter, but they were in the minority.

The way it was presented in ‘episodes’ is an interesting choice, but the sections did not flow together as smoothly as I would have liked.

I completely understand that not every film is going to be in English, but having to read the subtitles is an annoying distraction from the carefully thought-out visuals.

The cast and crew were all completely unknown to me. I do not know anything about their signature styles and techniques, and nothing really grabbed my attention. The director - Philippe Garrel - has quite an extensive resume spanning decades, but even other reviewers have claimed it to not be his best work. It is also interesting - though not particularly significant - to note that this is the fifth film that Garrel has made that also starred his son.

I liked the use of black and white (though it has definitely been done before), which immediately separates you from reality and adds to the mood. Unfortunately, while the emotion was not over-the-top, it also did not evoke any concern for the characters.

Critic reviews have been fairly favourable, but audiences have not responded as positively. Films do not need to be happy, but Jealousy does not make you feel strongly either way.

The best thing about this film is probably that it lasts only a little over one hour. Every year, we see amazing foreign films that both entertain and educate. While Jealousy is not one of these, it is still an interesting character study. Check it out and see what you think.