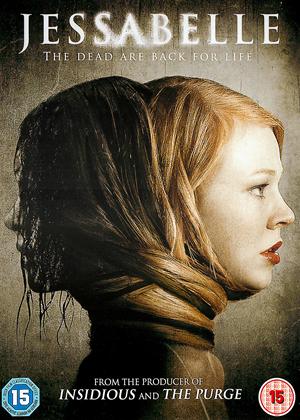 Not only is this an exceptional film in its own right, it has restored somewhat my faith in modern horror cinema. I’ve seen a run of recent films that have really disappointed. Here we have a tale of possession, of haunting, about a spirit returning to avenge itself. It’s not a hugely original run of events, but it is done extremely well. Acting, direction, (and especially) pace – all these things come together to make a thoroughly satisfying whole.

From the beginning, when (SPOILERS) a perfect couple are separated mid-sentence by a fatal car crash, to the very ending when it becomes apparent that good doesn’t always win, things never let up. That’s not to say anything is rushed for the sake of sensationalism. Equally, the special effects are mainly reduced to very powerfully staged crashes and bangs. We know precisely what is going on except for where the story is actually heading: the producer (Jason Blum), director (Kevin Greutert) and writer (Ben Garant) have us right in the palm of their hands.

Everything and everyone shines here: Sarah Snook is hugely effective as Jessie, by turns appealing, terrified, confused and sinister, all achieved with apparent ease. Hers is a talent I would like to see pay dividends. Certainly, the filmography is lengthy for the Australian actress. From her accent, I wasn’t even aware she was Australian.

The main Louisiana location is used to very good effect. The swampland surrounding the isolated community provides a necessarily uneasy backdrop for the powerful scenes of Voodoo, and the old family house is perfectly decked out with a setting of homely familiarity gone mainly to ruin.

At one time during the film, I thought I cleverly figured out that Jessie was actually dead, ‘Sixth Sense’-style, but the results are so much more original than that. There’s no real gore to speak of, but as a really good, solid ghost story expertly handled, I’d recommend this unreservedly, especially to anyone beleaguered with the current spate of popular horror films.

Jessebelle wasnt much to talk about . - Jessabelle review by porky

OK , the idea was OK, but the actuality was less than thrilling.

If you have seen 'Skeleton Key' which is a far superior Movie you are Close to what its about .

But unlike 'Skeleton Key' this one has very little substance .

Talk of Voodoo but we dont see any , Apparently in the Bayou but it doesn't feel like it ,Trying to build up 'Rosemarys baby' type intrigues but it never happens .... Its a pretty Hollow experience .

Good idea that was obviously just to far reaching for this Director , No Suspense, No Horror and No Shocks .it was just Lacking in every direction.

Not Rubbish by any means ,but it wasn't Good ,it was just average. OK -ish.

Do watch it ,just don't expect much in the way of Horror .

In the realm of films about paranormal horror and possession, Jessabelle is a painfully dull exercise in the routine. It’s a ghost mystery where the thrill isn’t in what the protagonist can do about it, but how she discovers the truth. This is a film that cares not for real characters that do anything interesting or enduring, but treats them as shells thrown around like dolls by the plot. We’re not interested in what anybody has to do or any logical reasoning for their actions. All that matters to this film is that the mystery go from point A to point B as quickly as possible.

The movie’s protagonist is Jessie, an unfortunate woman who loses both her husband and her unborn child in a car crash. Left immobile in a wheelchair, she decides to stay with her quiet and drunk dad in his Louisiana home. The only available room is her dead mother’s old room that dad hasn’t touched in years and actually blocked it off with furniture. Inside the room is a collection of VHS tapes recorded by Jessie’s mom that are intended for Jessie herself. It’s strange enough that this woman made all these tapes for her daughter who would never see them until she was a fully grown adult, but then she proceeds to give her daughter a tarot card reading. And, of course, the reading is bad juju.

Cue the haunted house cavalcade of spooks. Your scares for this picture include ghost children standing in the darkness, bug infestations, a slew of not-so-frightening jump scares, surgery nightmares and lots of blood to bathe in (literally). There is no tension to these scenes as none of it catches us off-guard. Is it even a surprise that a supernatural mystery on the bayou involves voodoo? The true mystery involves who Jessie’s mom is actually talking to in the video and why it might not be the same Jessie. From that minor spoiler alone, you can probably figure out the ending already. I did and found myself counting down the minutes until the “big revealing” hoping that there is little more at the end besides the not-so-thrilling shock.

Before that point, however, characters have to make really stupid decisions and sleepwalk through their actions to get to the next plot point. At one point Jessie’s dad in a fit of rage for her discovering the tapes takes a wheelchair and chucks it into the lake. He knows she is getting closer to a secret that he doesn’t want her to find out, but takes the wrong route. And apparently the rest of the community is in on the dark past as well when Jessie goes snooping further through interviews that lead to crazy women speaking in tongues and mobs assaulting her with guns. But if you already know the secret, it doesn’t seem like the biggest thing to keep hidden from a family member. Doesn’t she have the right to know? What good is going to come from keeping this tragedy a secret?

The whole mystery is ruined by the extreme lack of surprise and tension. Even the simplest of scares are ruined by poor timing and staging. A bug flies onto Jessie’s hand which surprises her and causes a glass to fall from her hand and shatter on the floor. We see the bug fly in and place itself long before she discovers it. Talk about lazy. Many of the scenes with the ghosts are almost staged like action sequences with the spirits whipping around Jessie, vomiting blood all over her face. I was tempted to see her pick up a knife or some other weapon to go all Evil Dead on the paranormal entities. It may be a stretch for her character, but some fight in her would be better than the hollow figure that doesn’t seem to do anything. Even in her wheelchair, she does little more than watch the increasingly creepy tapes and scream at the amateur spookiness.

The only shining star of Jessabelle is the star itself, Sarah Snook. She puts her best foot forward in a film that is riddled with the mundane of horror concepts. The longer the film gets and the deeper the plot goes, the less intriguing and entertaining it becomes. If it had some decent frights, it could’ve held a crowd. If it had a surprising twist, it could’ve been engaging. If any horror film hopes to capture an audience, it has to climb out of the pit of cliches and provide some true thrills. Some level of competence and inventive creativity could’ve saved this bayou thriller from turning into just another bland attempt.