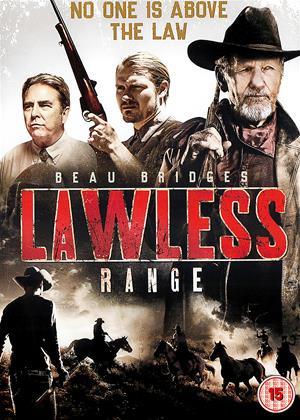 Synopsis:
Brothers Sean (Patrick John Flueger) and Tommy (Austin Nichols) Donnelly live and work in Texas where guns and gangs are the norm. Tommy has always been troubled and Sean has always been there to bail him out when he needs help. However, when Tommy gets himself in to a spiralling debt with the wrong kind of people there's not much Sean can do. At every turn Tommy manages to find a way to make their already difficult position even worse and now Sean must make an impossible decision; stand by his brother or give up on him once and for all.
Actors:
Patrick John Flueger, Daniella Alonso, Justin Arnold, Meghan Aruffo, Jacquie Barnbrook, Fayelyn Bilodeau, Charles Bisset, Beau Bridges, Neil Brown Jr., Kurt Caceres, Ski Carr, Vianessa Castaños, David Cohen, Dale Dickey, Lynne DuFresne, Val Emanuel, Alexandra Grossi, Julianna Guill, Lauren Hargrave, Louis Herthum
Directors:
sean McGinly
Producers:
Heath Ryan
Writers:
Adair Cole
Aka:
San Patricios
Studio:
Precision Pictures
Genres:
Action & Adventure, Drama

Lawless Range is a contemporary western/thriller, depicting the fates of two brothers who reside in modern-day Texas. As with all westerns, these brothers Sean Donnelly (Patrick John Flueger) and Tommy Donnelly (Austin Nichols) have accrued a large amount of debt that now turns back to sting them where it hurts the most. Of course, they owe this debt to a bunch of dangerous criminals and now they have to fight, not just to pay back the debt, but for their lives too. What follows is, as the most of you are already guessing, a nice western story about family, the hardships of life, and some cold-blooded murder sprinkled in-between for good measure.

As I said, the narrative follows along the footsteps of Tommy Donnelly and Sean Donnelly; during which, Sean has always been the good, well-mannered brother, while Tommy is the exact opposite: a bad-tempered cowboy who can’t stop at anything to get his way out of everything. Deep down however, we all know that Tommy is a good guy after all, but that doesn’t stop him from missing work, drinking lots of alcohol, and generally being a bad father. Since Tommy does all of this and more, Sean, as his brother, always comes to his rescue. But now something larger has happened: Tommy gets into some big trouble after which he ends up owing $6,000 to a dangerous man. And so, Sean must come to his rescue – again, but this time, the stakes are higher than usual and as both of their families are in danger.

In regards to story, Lawless Range does a decent job to provide viewers with enough content so they’d never get bored during the full run-time of the film. That being said however, the story is not very original, and at times predictable as well, but then again: didn’t we exhaust this genre to death back from 1950-1980? Funny thing is, the ‘western’ as a genre always resurfaces every decade through the rubble, but it also always sinks without leaving any evidence for its previous presence. Maybe we’ve outlived this genre? Whatever’s the case, Lawless Range will most certainly fall to the same fate, and perhaps this is for the best of all.

One thing to add is the film’s technical aspect: for an indie flick, Lawless Range feels like it was being made by very competent people who knew their craft top to bottom and knew exactly what kind of experience they wanted to make. Lightning, sets, locations, camera work, all of it deserves the highest grades and I’m hopeful that director Sean McGinly and screenwriters Adair Cole, Adair Cole will come for more.

To conclude, Lawless Range is a decent take at one of the trickiest genres in history; whether or not you’d like it, that’s totally up for you to decide after you’ve seen it.