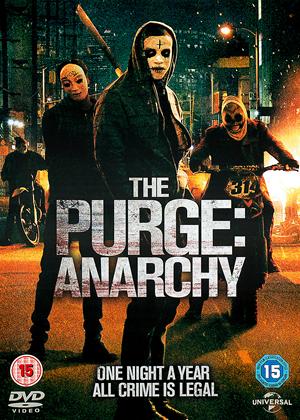 Reviews (2) of The Purge: Anarchy

ok to watch the once - The Purge: Anarchy review by gazmb

I enjoyed this but not as much as the first one. The first one was more like a horror film, this is more of a thriller, but didn't find it that gripping really. It was an ok watch but its a film I probably wouldn't watch again.

Better than expected - The Purge: Anarchy review by TJ

I gave this film 4 stars because it's far better than I thought it would be. Reasonable story an strong lead... reminded me a bit of mad max but set in a city rather than Australian post apocalyptic future.

Watching the original Purge, a film billed as a horror movie was a surreal experience. First of all, it isn’t a horror film despite what some people, mainly studio executives, try and say. The Purge was a thriller at best and while it wasn’t a bad film it suffered because you went into it expecting one thing and came out with another. Anarchy does the opposite, it states outright that this is an action film, a rather cheap and emotionally stunted action film but an action film none the less. That is what makes the film enjoyable and passable at the same time.

The film follows a grieving father (Frank Grillo) who decides to risk the streets of Purge night, a night where all crime is legal to hunt down a man who wronged him and his family. When he finally finds himself on the streets he can’t help but save a family from being brutally murdered and finds his plan hampered by his desire to keep those nearest to him safe. However it may all be for naught as Purge night has surprises around every corner.

There is a kind of frenetic energy to Anarchy (and anarchy in general I suppose) and it comes across on screen in an exciting way but while the film coasts off this feeling for most of the run there are moments when the action dies down and the actors are given the chance to show their worth and while Grillo is a consummate professional there are many dud performances to be found mixed in with the good ones with a lazy Zach Gilford doing his best to blend into the background.

It’s easy to see why many will find the film fun with its strange premise, its build up from the first film and its more detailed look into the debauchery that takes place on purge night but when it comes down to it this is just a simplistic action film hiding behind faux social commentary and while that would be acceptable to make it watchable (people watch The Expendables movies for far less) I can’t help but think the film misses the point of the purge itself and that is a crying shame.