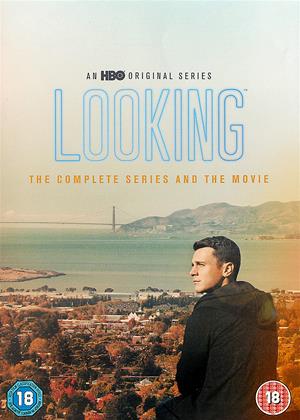 Looking: Series 2 is a fairly honest look on modern-day gay peoples’ lifestyle, where character arcs are put in motion well before everything gets the chance to unravel in accordance with their motivations; and when it does, the audience is in for a treat of not epic, but lyric proportions that closely tie loose ends with logical progressions of the highest order. What I mean by this is better explained by shooting a barrage of the following epithets: glaring, vibrant, poignant, exciting and finally – nice.

The second series of Michael Lannan’s comedic drama Looking starts off with an all-too familiar faces: Agustin, Patrick and Dom (played by Frankie J. Alvarez, Jonathan Groff and Murray Bartlett respectively), trying to conquer nature with a planned road trip inside a Volvo station wagon; the trio’s goal is to slacken their minds during a typical weekend escape in a cabin owned by Dom’s current romantic interest Lynn.

Furthermore, in wake of claiming new audience, the show makes smart recaps to showcase the personalities of the group’s archetypes. Patrick romanticizes everything, including love; Agustin for one, nests his persona as a misfit whose tendencies topple everyone else’s. Dom on the other hand is a ruffian and a wizard in the moral sense of the word. Whenever things go south, everyone looks to Dom for advice.

Moreover, the trio does not only get a recap of personalities, but also a continuation of their storylines from the first series. Patrick is deeply concerned with Augustin and his tendencies to make the weekend as alcohol-fueled as possible. Patrick is also pondering his ongoing relationship with Kevin (which happens to be his boss) and finally admits this in front of the group. Meanwhile, the audience also gets the chance to get some insight into the Dom and Lynn’s mutual togetherness: while sifting through some stuff, Dom stumbles upon an album with pictures of Lynn’s partner, who sadly enough, passed away a while ago.

The reason why he died remains unclear, but it is implied that it had something to do with HIV. And this is probably where the underlying motif of the series gets set, putting in motion a larger-scale problem that involves the gay community in and around the San Francisco urban area. The same issue creeps throughout the whole series, granting a tense buildup which results in unexplained tantrums between the plethora of characters that lead to no resolution in a pre-established conflict.

Finally, Looking: Series 2 has one of the finest scenes till date, which showcases a variety of people and color, after an ecstasy high kicks in at a party and leads our protagonists toward behaviors atypical of their underlying character.

Be on the lookout for this one.