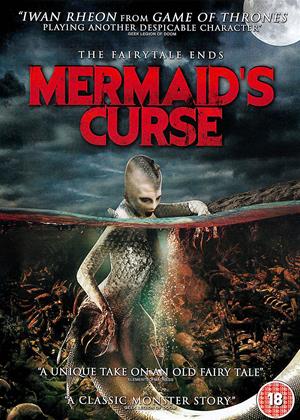 A pinch of Del Torro, and a spot of David Lynch, some very competent actors, some nice stylish direction – and the result is inexplicably dull. The fault must lie with the script, which is inconsequential and uninvolving. This – like the occasional sound issues – could be an artistic decision, to elevate the weirdness of the piece, but either way the results are a bit of a chore to watch. In fact – and I don’t often use this sentence – the musical numbers are often highpoints.

A lot of effort seems to have gone into this, and budget doesn’t appear to be lacking, so I feel I should like it more than I do. Even so, I found it a challenge to stick around until the end. We don’t really get to know the characters, or learn what relationship they have with each other, and therefore don’t care what happens to most of them.

The plot is hard to fathom, frequently incomprehensible. Again, this could be deliberate, but either way, it alienates the viewer. I couldn’t get into this, and didn’t know what kind of film it wanted to be. My score is 4 out of 10, which an additional point for the frequently excellent musical score and a finale which goes some way to living up to the promise of the title.