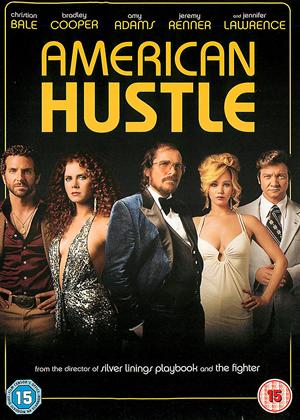 A diamond of a film - American Hustle review by PT

This film is pure class. Brilliant script, superbly acted by Bale and Lawrence, and particularly Amy Adams ( "OK baby let's go dancing", I hate dancing but I want to go dancing with her ). The shots that O Russell gets, accompanied by the brilliant, predominantly 70s soundtrack are worth watching as cinematic art alone, irrespective of the above. Classy vehicle.

RUBBISH - TORTURE WATCHING THIS. Total waste of time. Bale's hair was only one thing to watch. Lol. What were they thinking.

Take the dark, cynical humour of The Sting and re-set it in the shady world of '70s East Coast. Mix in some superb acting and spice it with oh-so-sexy Amy Adams, and add a twist in the tail just for fun, and you get this gem of a film. Watch it at least twice to get the nuances of the story - it fully bears it.

A lot of Academy members voted this as Best Film Oscar. What were they on? There are three things wrong with this tripe: direction, screenwriting, Bradley Cooper. All of these racket around with no sense of purpose or destination. The only saving grace is Christian Bale who gives a stand-out performance, running the gamut of emotions in a weird accent and even weirder wig. Cooper is a persistent annoying noise in the background. Jennifer Lawrence aquits herself okay. Amy Adams runs through her usual (sparse) set of facial expressions and shows her tits a lot. At over two hours this is more of a crawl than a hustle.

Much like the films varying array of giant hairstyles, American Hustle is full of big ideas and over the top themes but in trying to make a point it hasn’t treated viewers to a film worthy of devoting any time to. Not only is American Hustle a borderline generic crime flick, it’s also another one of David O Russell’s passion projects that he has unfortunately becomes far too proud of.

The film follows Irving (Christian Bale) and his assistant Sydney (a woeful Amy Adams), two con artists who are apprehended by FBI agent Richie DiMaso (Bradley Cooper) and forced to help him apprehend people using their unique skillset. However when their job gets more complicated as they target politicians Irving must find a way out for him and Sydney as well as for his manipulative wife Rosalyn (A brilliant Jennifer Lawrence).

Hustle has so many points its trying to make, things its trying to say that it hardly gets any of them out. Russell has created a toothless film that rarely rises above the convoluted plot Russell has concocted out of the partially true story of the Abscam case. Sure the film could work as political allegory but the tale has been twisted to fit the directors message making the truth hard to detect, muting the films ability to say anything of value.

It’s not a total waste as the film is populated with fine actors doing excellent work as Russell is known for bringing the best out of his performers. Not only is Jennifer Lawrence doing some of her best work but Bradley Cooper is equally fantastic as the unpleasant and destructive Richie, a man so corrupt and self righteous its hard to imagine why he’s working for the FBI

However Russell has never really been able to craft stories without some pretty gargantuan holes with Silver Linings Playbook feeling like a romantic comedy, not a detailed look at mental illness like some may suggest. Hustle tries to be a tale with a message about corruption but the films messy plot, shoddy filming style and disappointing soundtrack let the whole thing down, making Hustle a major disappointment even if you might see some damn good acting