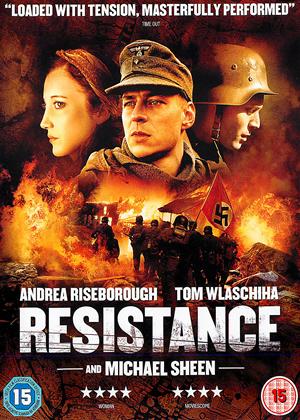 This film is classified as a 'Thriller' on Cinemaparadiso. Well, if you watch this for thrills then you are going to be sorely disappointed: it is one of the slowest films I have ever watched (even at 88 minutes) with so many static shots of people standing around and staring meaningfully into the distance. Maybe the director is aiming for 'Seventh Seal' Euro arthouse? Or maybe the source book was dull too. Frankly, Welsh hill farms are not very dramatic places,, unless you're a sheep, I suppose.......

The premise of this movie is ridiculous. It is set in 1944/45, and the caption at the start says 'The D-Day landings have failed and Germany has invaded Britain.' Utter tosh! IF the D-Day landings had failed, Germany would NOT have invaded Britain at all - they would have focused on fighting the Russians in the East, and stopping the invasion that had already happened in southern Italy. The East and South would have been the scene of invasion and fighting - NOT Britain.

And the idea that the invading Nazis would have bothered to go to a Welsh hill farm area is nuts anyway - they would not have bothered with sheep, and would have focused on the industry in Swansea and Cardiff areas, and the ports. A Nazi farm show at a showground with cows winning prizes is pure comedy - I actually laughed out loud during this film.

Moreover, the concept that the German soldiers in this film would do what they do is absurd too (I won't reveal the plot) - but that is the fault of the book, not the film.

Perhaps the novel on which this movie ('or 'still-ie') is the problem: it is hard to make a Welsh hill farm with pretend Nazi soldiers in it dramatic - though the writer tries with some old guff about an old map (which is never clearly explained).

If you want to see a really great film imagining a possible Nazi invasion, then rent out 'Went The Day Well' or 'Fatherland' (or read that book). Rent this only for curiosity interest, and don't watch when tired or you'll nod off - this film is SO SLOW that it could be rather a good sleeping pill actually.