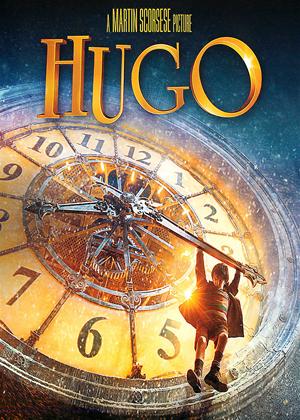 I really liked this film. I am now interested in searching out the book it's based on to compare them. This movie's great strength is its wide appeal: kids will love it, adults wanting special effects fun will too, as well as adults who know a lot about the history of early cinema (it's all about director George Melieres who directed 'a Trip to the Moon' in 1902 and much else too!). Well-written, filmed and paced - NOT overlong, for once - and some really good fun hammy Brit character actor performances too (from Richard Griffiths, Ray Winstone, Frances De La Tour, even Jude Law!). JUST 2 points that grate: 1) The Lumiere Brothers did NOT 'invent the movies' - they are one of several people who can claim to have pioneered cinema; 2) the use, on a few occasions, of modern American expressions, spoken by British actors in a British accent who live in 1920s/30 France: why can't Hollywood scriptwriters get things like that right? No Brit says 'Excuse me' to mean 'pardon' now - and they certainly didn't in 1930!

Too Slick - Hugo review by Mehitabel

I wished this movie had been made by the French! It might then have been as quirky and touching as it's clearly meant to be. But I found it far too glossy, obviously expensive and over-produced. I couldn't bring myself to give a hoot about any of the characters, least of all Hugo, although in fairness his obsession with his father's automaton was, in the early stages, genuinely pathetic.

Any chance of a French remake?....

Not exactly magical or awe inspiring, actually quite surprised it had such a high rotten tomato rating of 94%.

Watch-able but instantly forgettable as well.

Sacha Baron Cohen's depiction of the hapless Station Inspector seemed awkward and not really suited to him.

The ending was somewhat implausible and not particularly amusing either.

If you are looking for an uplifting feel good movie I'd advise you opt for some other one as this doesn't quite hit the mark.

Lost in the clockwork - Hugo review by CW

Hugo is full of atmosphere with a powerful theme of a boy and a man wrestling with their respective senses of identity which resolve each other in a moving way. A film I return to from time to time.

An orphan boy with a permanent awestruck expression, standing behind the face of a huge clock. A mini automaton with a lock but no key. Set on a bustling train station in 1931 France. With these fine elements, would you ever think this is a Martin Scorsese-directed picture?

Martin Scorsese has made a name for himself focusing on male lead characters who happen to be anti-heroes. And there’s nothing noble of their motives either, their stories on screen are violent, brutal, and definitely, for adults. So it’s such a surprise that Scorsese would be at the helm of a film – based on the young adult novel ‘The Invention of Hugo Cabret’ by Brian Selznick even – that you could call ‘Hugo’ more up Steven Spielberg’s alley. Is Scorsese making his Spielberg movie?

Yes, but who says Scorsese can’t? In fact, with ‘Hugo’ Scorsese manages to come up with a wholesome, endearing, and family-friendly film that both adults and kids would enjoy. See, ‘Hugo’ is not just about the adventures of the titular Hugo (Asa Butterfield) and his friend Isabelle (Chloe Grace Moretz), it goes beyond. ‘Hugo’ is Martin Scorsese’s love letter to cinema.

One of film’s staunchest supporters is Martin Scorsese; he has dedicated his life and resources to the saving and restoration of old films. Like most of us, Scorsese is a movie fan and he’s not afraid to show it in ‘Hugo’. His sweeping camerawork for the majesty and toughness of 1931 France is superb. His eye for detail especially with his George Melies’ reproductions that the kids watch in a cinema is spot-on and adoring. Who else could pull of something wonderful like that if not for a fellow movie fan?

‘Hugo’ will be rendered in 3-D, which is a great way to present its behind-the-scenes team’s splendid hard work, from screenwriter John Logan, frequent Scorsese collaborator, editor Thelma Schoonmaker, production designer Dante Ferretti, and costume designer Sandy Powell. Like Hugo, we will be in our seats, in real awe.