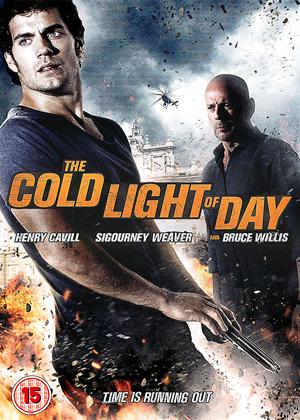 Synopsis:
Will Shaw (Henry Cavill) arrives in Spain for a week long sailing vacation with his family. When the family are kidnapped by what turns out to be intelligence agents hell-bent on recovering a mysterious briefcase, Will suddenly finds himself on the run. Unwittingly embroiled in a Government conspiracy he has agents from all sides hot on his tail. An unrelenting chase across the streets of Madrid intensifies and Will is forced to question everything he has ever known in order to fescue his family, but is there anyone left he can trust?
Actors:
Henry Cavill, Bruce Willis, Sigourney Weaver, Verónica Echegui, Joseph Mawle, Caroline Goodall, Rafi Gavron, Emma Hamilton, Michael Budd, Roschdy Zem, Óscar Jaenada, Joe Dixon, Jim Piddock, Fermí Reixach, Lolo Herrero, Luiggi López, Alex Amaral, Paloma Bloyd, Simón Andreu, Morgan Johnson
Directors:
Mabrouk El Mechri
Producers:
Marc D. Evans, Trevor Macy
Voiced By:
Laura Bayonas
Writers:
Scott Wiper, John Petro
Studio:
E1 Entertainment
Genres:
Action & Adventure, Thrillers

Rent other films like The Cold Light of Day

Reviews of The Cold Light of Day

Will (Henry Cavill) reluctantly joins his family in Alicante, Spain, gallivanting in a yacht for a vacation. But being with his family is no picnic: he and his father Martin (Bruce Willis) don’t see eye to eye on a lot of things and if Martin would disown him, he would. Awkward doesn’t even begin to describe their volatile relationship. For the sake of mom, brother, and his brother’s girlfriend, Will stays.

To cool off, he takes a dip into the water and as he returns to the yacht, he finds his entire family gone. ‘The Cold Light of Day’ movie now begins. Will’s family has been kidnapped and he has 24 hours to save them – just bring the abductors a mysterious briefcase. Oh, one more thing: Will’s family is in danger because his father Martin isn’t exactly a cultural attaché – he’s a CIA spy. Thanks dad!

Directed by Mabrouk El Mechri (‘JCVD’) and written by Scott Wiper and John Petro, ‘The Cold Light of Day’ is an action-thriller that thrusts Henry Cavill as an everyman who has to save the day. Henry Cavill as everyman? Isn’t he Superman in ‘Man of Steel’? Did you really think we’d believe that when he’s ripped? But okay, let’s bite.

As Will, Cavill traverses Spain to find his family and that pesky briefcase in exchange for their safety. A briefcase? What century are we in, anyway? To taunt Will along is Sigourney Weaver’s ominous Carrack, who demands to have that briefcase or else, and even considers Will as an ‘amateur’. We believe her; can’t she be the heroine of this movie? Tagging along with Will is his half-sister Lucia (Veronica Echegui); yes, his father Bruce Willis got around, and together they go through hurdles of contract killers, dodge bullets, run on rooftops, and even end up in a disco (so Euro of you!)

‘The Cold Light of Day’ wants to make an action star of Henry Cavill. He has the looks and built but his charisma is nil and it’s hard to root for him. Scary since he’ll come out as Kal-El/Clark Kent soon.