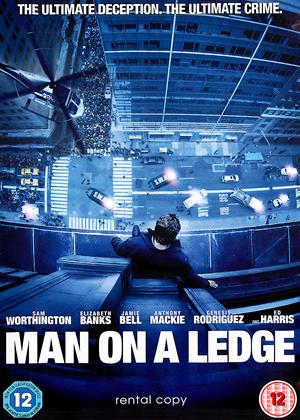 Reviews of Man on a Ledge

Man on a Ledge review by Alyse Garner - Cinema Paradiso

An ex-police man turned criminal threatens to kill himself by jumping from the roof of a Manhattan sky scraper but things are not as straight forward as they seem however, as the eyes of most of New York’s police and emergency services are distracted a massive robbery is taking place.

Starring Sam Worthington, Elizabeth Banks, Edward Burns and Jamie Bell Man on a Ledge is a crime thriller that fits the genre bill perfectly: Nick (Worthington) is an escaped convict threatening to commit suicide all in an attempt to prove his innocence. Clearly the narrative is fairly simple and even a little flimsy at times, yet Man on a Ledge is a surprisingly entertaining movie for all its faults and simplicity.

Nick has enlisted his brother Joey (Jamie Bell), who in turn has roped in his girlfriend Angie, to breaking into a high security vault to steal some diamonds. Whilst the rest of the narrative is devoted to discovering who framed Nick for the original diamond robbery, which can be worked out fairly quickly by any reasonably intelligent viewer.

The movie isn’t terrible, just lacks any intellectual challenge whatsoever; there is a healthy amount of tension from the on-the-ledge bits and a smattering of comedy from Bell, his girlfriend and Kyra Sedgwick’s reporter role. The comedy elements of the film are probably the most surprising aspect of Man on a Ledge, whilst the chemistry between Joey Cassidy and girlfriend Angie while they attempt their amateur heist is unexpectedly sparky and fun, but there isn’t anything particularly new and refreshing about the piece as a whole.