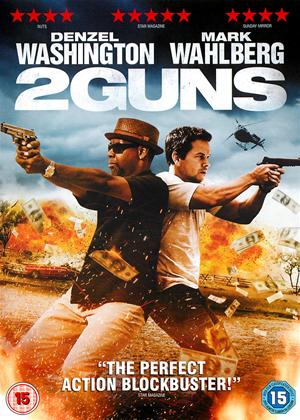 I really enjoyed this film. Washington and wahlberg work brilliantly together and make the unbelievable believable. Many funny moments a swell as lots of action

Whatever acting qualities they may have, distinguished or otherwise, Denzel Wahington and Mark Wahlberg are wasted on this clichéd, violent, ludicrous, sad, unfunny twaddle.

Two wisecracking cops (each not knowing that the other is a cop) are attempting to set up a Mexican drug cartel boss. To do this, they rob a small local bank for his money - but instead of the mere $3 million they were expecting, rob it instead of $41 million. Implacable hard men come after the money - it turns out that it's the CIA's money (yes, you know, the CIA - that unaccountable, corrupt, international criminal conspiracy). There's a big shoot at the end (of course) and (of course) the wisecracking cops remain buddies.

It really is awful, unbelievable twaddle. Even a poor film really ought to have some semblance of reality - and this one has none. It was only when I watched the credits scroll by that I found the reason - it's based on a graphic novel (a posh name for a comic book) by Steven Grant. Well, the transition from comic page to screen makes for one of the silliest films I have seen.

The best I can say is that it's a good-looking film - I see that the production design was by Beth Mickle, sister of director Jim Mickle. Oh yes - Bill Paxton is rather good as the implacable CIA baddy.

Yes, it was a commercial success, but I didn't like it. 2/5 stars - and that's only because I have seen even worse.

Denzel is always the man. Wahlberg can be OK in right context, provided not front runner. Clever, and funny, with action. Must be a US version of Snatch.....well almost

Stuck between a cold war action thriller and a modern day buddy comedy, 2 Guns isn’t trying to convey a message, it doesn’t really have one but it strives to thrill with perfectly shot action and two killer (literally) leads pushing the film forward at breakneck speeds to its over the top yet wonderfully funny conclusion.

2 Guns follows Bobby (Denzel Washington) and Stig (Mark Wahlberg), two undercover officers who rob a bank and make away with 40 million dollars. When multiple parties try to kill them they must team up again to bring them all down and find out who the money actually belongs to without getting themselves killed.

Filled with plenty of twists and turns, 2 Guns is overwhelmed at times by the pointlessly conveluted plot but Washington and Wahlberg play off each other with gleeful aplomb thanks to the terrific dialogue by writer Blake Masters. Filled with snappy banter and laughs aplenty, Stig and Bobby give Riggs and Murtaugh a run for their money as Denzel surprises with his ability to do anything to produce a hearty chuckle.

The real star however is Bill Paxton as a CIA goon sent to straighten this mess of a plot out, an amusingly meta reference to the films unbelievable premise. A greasy, repulsive yet watchable creep, Paxton oozes charm in a sickly sweet way as he steals scenes from Oscar winner Washington with total ease.

While not the best graphic novel adaptation, director Baltasar Kormakur takes risks, adding a sunny colour to every scene to make light of both the films premise and the over stylised violence he uses throughout, including the films final shootout, a mixture of unexpected physical comedy and general douchebaggery that firmly positions 2 Guns as an 80s throwback with a modern sensibility, an impressive follow up to Kormakur’s Contraband, a film that could have used more of a sense of humour, something he clearly found since then.