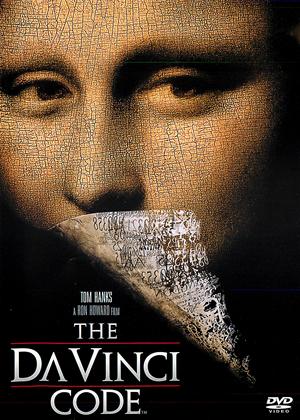 Extremely disappointing. Did not live up to the book. The plot got lost somewhere along the way with key characters appearing without explanation. If you had not read the book it would be impossible to follow. The acting was poor and Hanks was wrongly cast. It could have all been so much better; what a waste of an oppurtunity.

Tom Hanks is surely miscast in this role and is at his most unconvincing. The film feels disjointed and messy, and very long. Towards the end I found myself not caring what happened to any of the characters. All in all a huge disappointment.

Being one of only a very small group of people who have never read the book I wasn't sure what to expect from this film. It was long, predictable and drawn out but on the whole exceeded the low expectations I had of it

If like me you enjoyed the book, then maybe you shouldn't watch this. The book moves at a faster pace and manages to deliver a bigger whollop. Tom Hanks acting leaves alot to be desired and doesn't live up to the book character! The book creates alot more excitment than the film can and whilst you can't stop turning pages in the book, you can't stop counting how minutes untill the film is actually over. Big let down.

I started watching this wondering ,if after reading the book the film would live up to my expectations.It started a bit slow but built up to a brilliant film,full of plots and quests.The characters i had imagined in the book were very true to life in the film and i would recommend this film to all of you who love plots and hidden secrets.

The film does not do the book justice. There are big gaps in the film that should have had explanations. If you've seen the film then read the book!!

i think its fair to say that if you read the book then go watch the movie you've spoilt it for yourself as the way you imagined people and places may not be as they are depicted on film. if you take the book out of the equation this is a fantastic movie with great twists and turns and fantastic acting from Tom Hanks, as always. as book to movies go, i think the movie does the book justice.

A reasonably entertaining way of passing 2 hours and twenty minutes. The story itself is recycled from various conspiracy theories and highly improbable but works as a mystery. I haven't read the book so can't judge how closely the film follows the book. Tom Hanks is a bit wooden for me, Sir Ian is a mad Gandalf on crutches and Paul Bettany flagellates himself with vigour.

What's the controversy? IT'S JUST A GOOD MOVIE!!!! - The Da Vinci Code review by CP Customer

I had resisted even watching this movie as the hysteria surrounding it's release was a total turn off. That much hype usually gives you a let down!

However, I watched it and loved it! It made a complicated plot effortless to follow and believable. With hindsight I think a lot of the controversy arose because the film was so good. It handled a 'difficult' subject and made it into everything a drama/thriller/mystery movie should be. It was dramatic. I was thrilled watching it. And it was a huge mystery and kept me guessing. If you like these kind of movies I don't see how you can failed to be disappointed!

Not only was it a good movie to watch from a cinematic perspective but it also made my mind work and think about the issues raised. I considored my own beliefs and feel that added a new dimension to the film.

I hope you watch it and enjoy it!

Unlike many other reviewers, I haven't read the book (yet!) but I enjoyed this - I didn't think it was too long at all - my main gripe was that some of the (possibly?) key scenes/conversations were in French or Latin and didn't help the details, but that is not to take away from the film's whole hypothesis. If I remember rightly, The Church were up in arms over the story but (a) why? it was a story (b) isn't the Bible a series of stories albeit with some history and guidelines for life contained therein and (c) some of the historical Church/Papal meetings and decisions are true, so why not make a tale of those? I didn't quite understand the reasoning of the final couple of scenes where Tom Hanks decides to go off to the Louvre again, so I really DO have to read the book!